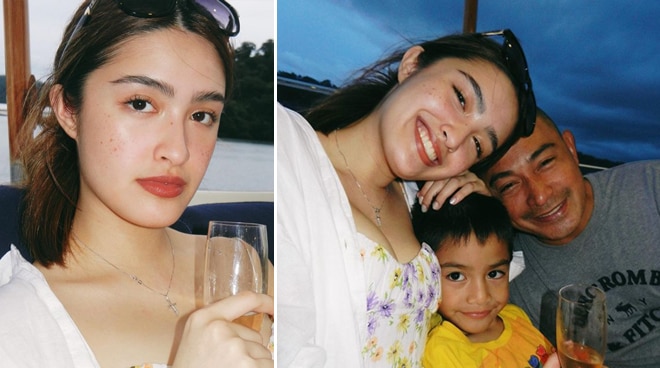 On her 18th birthday, Sam Cruz shared that she was celebrating her special day onboard a yacht last August 24. Her mother, actress Sunshine Cruz, is currently in a lock-in taping and was not able to be there in person for her birthday. But in one of the photos that she shared, the pretty teenager showed that she was spending time with her father Cesar Montano that same day.

Last August 1, Cesar shared just how happy he was to see his children present during his 60th birthday party. He wrote, “I can’t be more happy with my children all present on my birthday. I love you so much guys! You are my life true blessings and treasure. Thank you for joining your dad’s especial day. God bless you.”

Cesar is currently in a relationship with girlfriend Kath Angeles with whom he has three children while Sunshine has been dating San Juan councilor Macky Mathay for almost six years.