Ivana Alawi flaunts her curves while wearing a mesh dress with nothing but nude-colored bottoms underneath. 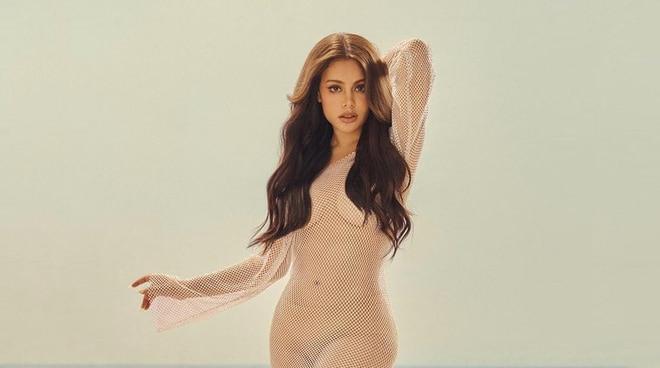 In the snap, the star of A Family Affair can be seen flaunting her curves while wearing a mesh dress with nothing but nude-colored bottoms underneath.

"Behaved for way too long," she wrote, with a lion emoji.

As of this writing, Ivana's photo already earned thousands of "likes" from her followers, with hundreds of comments admiring her enviable physique.

Ivana, 25, is the lead star of ABS-CBN's hit primetime series A Family Affair.

She is joined by Gerald Anderson and Sam Milby as her leading men, as well as Jake Ejercito and Jameson Blake.

A Family Affair airs every Monday to Friday on the Kapamilya Channel, Kapamilya Online Live, A2Z, TV5, and iWantTFC.