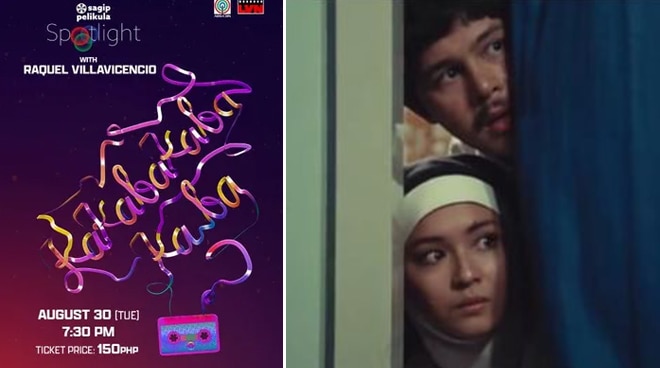 “Join us on August 30, Tuesday at 7:30 PM for the live stream of the digitally restored & remastered 1980 LVN classic film, KAKABAKABA KA BA? on KTX plus a special one-on-one interview with Raquel Villavicencio as a pre-show!

READ: Charo Santos in her first magazine cover at age 15

The film, which made its theatrical debut in 1980, follows the story of two couples who find themselves in conflict with the foreign commercial giants that control the Philippine economy, the Japanese and the Chinese. The film is a reflection on local economy and society which are being controlled by other forces for their own benefit. It stars Christopher de Leon, Charo Santos, Jay Ilagan, Sandy Andolong, Boboy Garrovillo, Johnny Delgado, Armida Siguion-Reyna, and Leo Martinez. Kakabakaba ka ba was directed by Mike de Leon and was first restored in 2015 by L'Immagine Ritrovata.