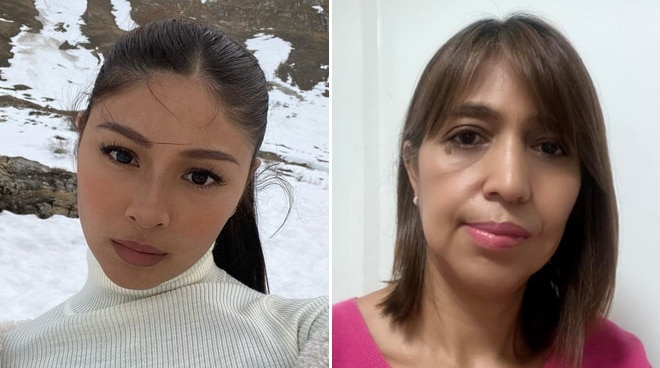 As Myraquel Lustre marked her 51st birthday, the mom of the Kapamilya superstar Nadine Lustre recalled her battle with non-Hodgkin’s Lymphoma.

Non-Hodgkin’s Lymphoma is “a type of cancer that begins in your lymphatic system, which is part of the body's germ-fighting immune system,” according to mayoclinic.org.

In a Facebook post celebrating the “gift of life,” Myraquel shared her experience before becoming a cancer survivor.

“In 2016 (at age 45), I was diagnosed with Non-Hodgkin’s Lymphoma, had surgery and chemotherapy,” Myraquel wrote.

While the future remains uncertain, Nadine’s said she learned a lot from what she had gone through.

“I don’t know what the future holds, but one thing this experience has taught me, it is how to cherish life and those little moments most people take for granted,” she said.

Meanwhile, Nadine’s dad Ulysses shared Myraquel’s post, giving thanks for another year spent with his wife as he took a trip down memory lane.

“Sharing 29 years with you has given me contentment, even with its ups and downs. Thank you, Lord for adding another year to you. It is a big blessing. Looking forward to the next 50 years of seeing you every time I wake up. Happy Birthday,” Ulysses wrote.

It was in 2017 when Myraquel announced that she had beaten cancer.