Angelica Panganiban is a glowing mom-to-be in her maternity photo shoot. 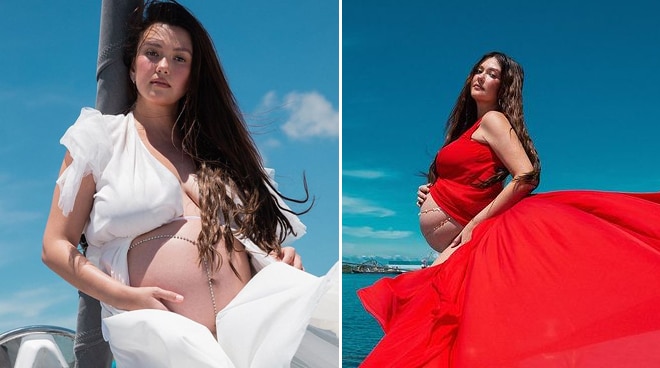 A few weeks before she's expected to give birth, Angelica Panganiban surprised her fans and fellow celebrities with snaps from her maternity shoot.

The Kapamilya actress, who is pregnant with her first child with her partner Gregg Homan, showed off her baby bump in long, flowy dresses while aboard a yacht.

"Sails up! Happiness is on the way," was her caption for the photo set, taken by photographer Paolo Pineda.

Angelica, 35, announced that she is pregnant last March. She and her partner are expecting a baby girl.

Angelica and her partner have been together for more than two years. They celebrated their second anniversary last July.