Ogie Alcasid pens a sweet message to show his appreciation to his wife Regine Velasquez-Alcasid. 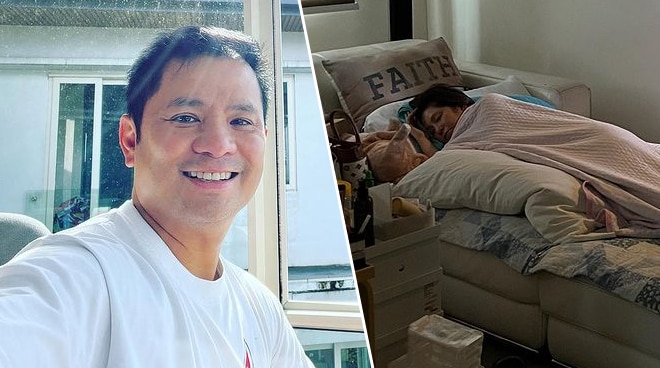 Ogie Alcasid couldn’t be more proud of his wife Regine Velasquez who made an extra effort during his time in isolation following his bout with COVID-19.

The Kapamilya singer-songwriter revealed last August 14 that he contracted the infectious disease for the first time since the pandemic hit.

He shared a photo of Regine sleeping in their living room while he was staying in their bedroom.

Ogie said Regine insisted on taking the living room because she wanted to take care of both him and their son Nate.

“Flex ko lang ang asawa ko. While I was in isolation, she stayed here in the living room despite having no real space to herself. Sabi ko, dyan na lang ako but she insisted to stay here because she had to take care of Nate too,” he wrote.

He then described his wife as a simple and caring wife and mom.

“I super love you both Kuya @ogiealcasid and Ate @reginevalcasid,” Jolina commented.