See Kathryn Newton and Liza Soberano in one frame. 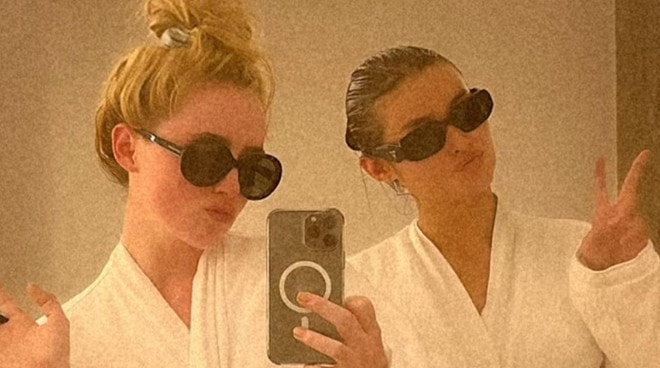 "Lisa not Liza aka Kathryn and it’s Liza not Lisa aka Taffy #LisaFrankenstein," Kathryn wrote in the caption of her Instagram post.

Fans of the two stars were quick to react to the post on social media.

"Omg! Finally I got to see you both together in one frame.😊❤🙌 #Queens," another fan commented.

Lisa Frankenstein is an upcoming zombie-horror movie and the first Hollywood film of Liza.

It was earlier this month when Deadline confirmed Liza's participation in the movie.

"Ecstatic to be part of this film," Liza posted on her Instagram page following the announcement.

According to Deadline, Lisa Frankenstein tells the story of "an unpopular high school student (Kathryn) who accidentally re-animates a handsome Victorian corpse (Cole Sprouse) during a lightning storm and starts to rebuild him into the man of her dreams, using the broken tanning bed in her garage."

The movie is directed by Zelda Williams and written by Oscar and Tony winner Diablo Cody.

Liza has been pursuing opportunities abroad after signing with Careless Philippines recently.

"I also wanted to work with people my age to be honest... and when I met James and his team it really made me even more excited to work with because their team is so young, so creative and they are so fearless to take risks and try to chase after things that we would think is impossible," she added.