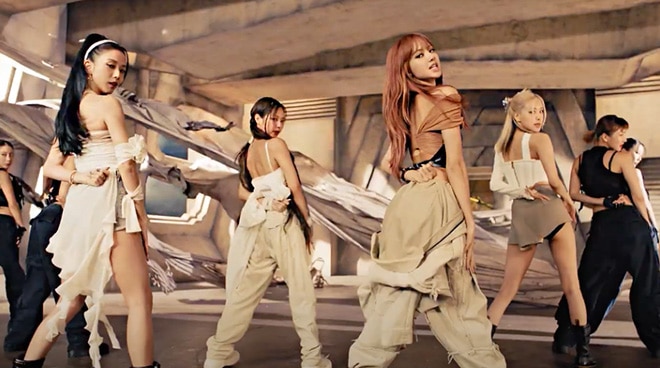 It's the first song off their upcoming album Born Pink which is set to be released on September 16.

The music video features BLACKPINK members Jisoo, Jennie, Rosé, and Lisa performing to the tune of their new fiery and catchy song on different sets and in various stunning outfits.

The video has already gained 85 million views as of this writing. It also landed the number one spot on iTunes in 69 different regions according to YG Entertainment as of 8:50 a.m. KST.

#PINKVENOM also became a top trending topic on Twitter following the premiere of the song.

Fans were also quick to express their excitement and admiration for BLACKPINK's new single.

"When they said BLACKPINK is the revolution they really mean it," one fan wrote on social media.

"BLACKPINK in your area!!!!!  I love the whole vibe!" another fan commented.

It was in July when YG announced that the girl group will be making a comeback with a new album.

The entertainment agency also announced that the group will be staging their biggest world tour to date following the release of their new album in September. The tour will be called Born Pink World Tour.

"In order to expand BLACKPINK’s emotional connection with fans all over the world, they will set out for the largest-scale world tour in K-pop girl group history until the end of the year along with their comeback. Furthermore, big projects fitting of that status will continuously follow," YG said back in July.

One of the cities that the girl group will be visiting for their world tour is Manila, Philippines.

They will kick off their upcoming world tour with a two-day concert in Seoul on October 15 and 16.

Afterwards, BLACKPINK will be staging concerts in several cities in the US this year including Dallas, Houston, Atlanta, Los Angeles, and Chicago, among others.

Read: BLACKPINK to stage a concert in Manila in March 2023

They will also be touring in 2022 in several European cities including London, Barcelona, Paris, and Berlin, among others.

Other Asian cities that they will be bringing their world tour include Bangkok, Hong Kong, Kuala Lumpur, and Singapore, among others.

BLACKPINK will also be heading to Riyadh, Abu Dhabi, Melbourne, Sydney, and Auckland in 2023.