Julia Barretto is the ‘dancing queen’ in her most recent photo shoot where she recreated her look from her dancing video that went viral on TikTok last July. 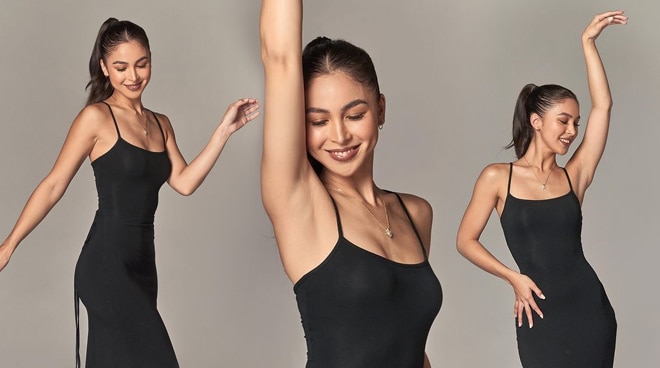 Julia Barretto is the "dancing queen" in her most recent photo shoot where she recreated her look from her viral dancing video.

In photos she shared on Instagram, the actress can be seen posing in the same black dress she was wearing in her viral video, which showed her gracefully dancing to ABBA's "Dancing Queen" while partying at a bar in San Juan, La Union.

"You can dance, you can jive, having the time of your life," she captioned her photo set, which has garnered over 300,000 "likes" and thousands of comments from her followers.

"My cutie!!!" wrote her sister Claudia.

Julia, 25, has been traveling to various local destinations in the country, including Bohol, Baguio, La Union, and Davao, for her travel vlog series "Juju on the Go."

Launched last May, the series follows Julia as she goes to these destinations to "enjoy food, explore hidden gems, and experience what these places have to offer."

"I've realized how much the pandemic took away from me, and now that we're free again, I want to reclaim the time I've lost," said the actress.

"Juju On The Go" streams only on Julia's YouTube channel.