Actress Michelle Vito marked the birthday of her boyfriend Enzo Pineda with a sweet post on Instagram. 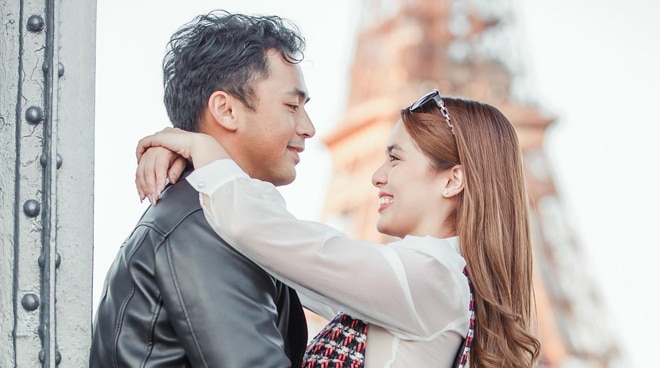 Actress Michelle Vito made sure to mark the special day of her boyfriend Enzo Pineda, who turned 32 on Friday, August 12.

Through an Instagram post, Michelle showed her love for Enzo by posting their sweet photos taken during their romantic trip to Paris last June.

"happy birthday ♡," was her simple caption for the photo set.

In the comments section of her post, the actor wrote: "I love you mahal. Thank you for being my rock."

Michelle and Enzo, who co-starred in the ABS-CBN series Nang Ngumiti Ang Langit, have been dating for more than two years. They celebrated their second anniversary as a couple last February.

In a previous interview on PUSH Bets Live, Enzo admitted that he is ready to take his relationship with Michelle to the next level.

"Of course, we wouldn't be in a relationship right now if hindi namin nakikita 'yung future namin together. Definitely, nasa utak ko 'yun. But as of the moment, I think dapat mag-focus muna kami sa careers namin. And Michelle is also busy with a lot of things," he said.

"Pero ako naman, to be honest, anytime pwede naman ako. Because I really see Michelle as... alam niyo na. And if we're both ready, why not, 'di ba? Ako, game na game ako. I would love to spend my time with Michelle," he added.