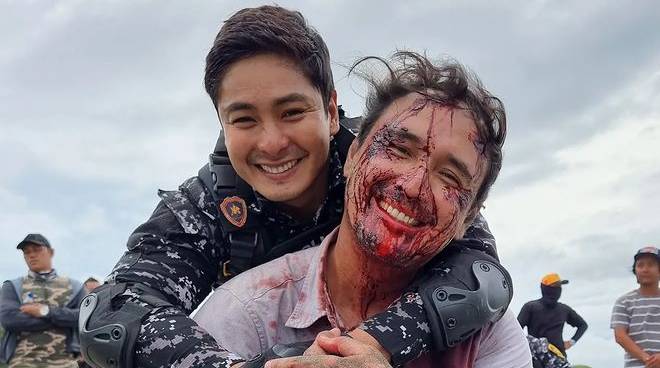 FPJ’s Ang Probinsyano ended its historic run last night, August 12, with more than half a million concurrent viewers on the Kapamilya Online Live on YouTube. John Estrada, who became one of the main villains in the drama, shared his congratulatory message to the cast and crew of Ang Probinsyano, especially to Coco Martin.

On his Instagram, the actor praised the show’s leading man for his professionalism and creativity––both as an actor and as a director.

John played the role of Armando Silang in the drama and was one of the main antagonists that Cardo Dalisay and the rest of Task Force Agila had to defeat. His exit from the show became a trending topic on social media as it was so realistic.

For the 49-year-old actor, Coco is a diamond in the showbiz industry for being so dedicated to his craft. His passion for excellence and his desire to grow more as an artist made John admire him more.

The actor thanked the ABS-CBN management for having him be part of the iconic series as well. For John, the seven year run of the series kept millions of Filipinos worldwide entertained.

FPJ’s Ang Probinsyano came to a close after almost seven years. With more than half a million concurrent viewers on the Kapamilya Online Live on YouTube yesterday, August 12, the series ended on a historic note.