Liza Soberano will star in ‘Lisa Frankenstein’ alongside Cole Sprouse and Kathryn Newton. 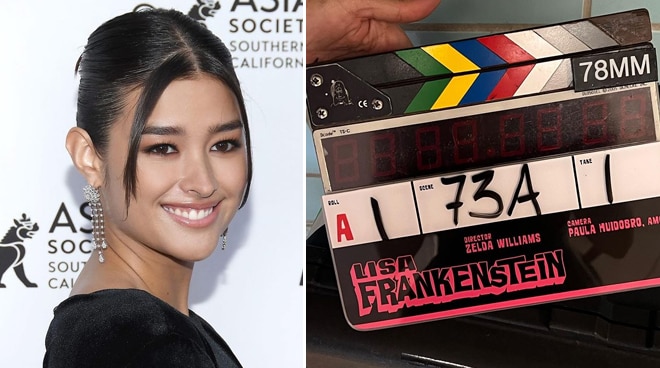 Liza Soberano has been confirmed to star alongside Cole Sprouse and Kathryn Newton in the horror-film comedy Lisa Frankenstein.

Deadline confirmed the news on Thursday, August 11. It will mark Liza's Hollywood debut as an actress.

Liza took to social media to express her excitement to play a role in the movie.

"Ecstatic to be part of this film," she posted on Instagram.

She also extended her gratitude to the teams which made it happen.

Various celebrities were quick to react to the news.

According to Deadline, Lisa Frankenstein tells the story of "an unpopular high school student (Kathryn) who accidentally re-animates a handsome Victorian corpse (Cole) during a lightning storm and starts to rebuild him into the man of her dreams, using the broken tanning bed in her garage."

The movie will be written by Oscar and Tony winner Diablo Cody. It will be directed by Zelda Williams.

Liza has been pursuing opportunities abroad since signing with her new management Careless Philippines this year.

She added, "I also wanted to work with people my age to be honest... and when I met James and his team it really made me even more excited to work with because their team is so young, so creative and they are so fearless to take risks and try to chase after things that we would think is impossible."

During her speaking engagement back in May at the Identity 2022 event held at the Grammy Museum, Liza said that her goal is to bridge the gap between the talents from the Philippines and the US.

"It would be so much easier for me to stay back at home and do the same thing that I've always been doing but my personal goal is to be able to bridge the gap between the Philippines and America and kind of give help the younger generation, the little girls, who also dream of coming out here and making a career for themselves and I want make it easier for them when they do that in the future. And if that means me taking the first leap, so be it," she remarked.