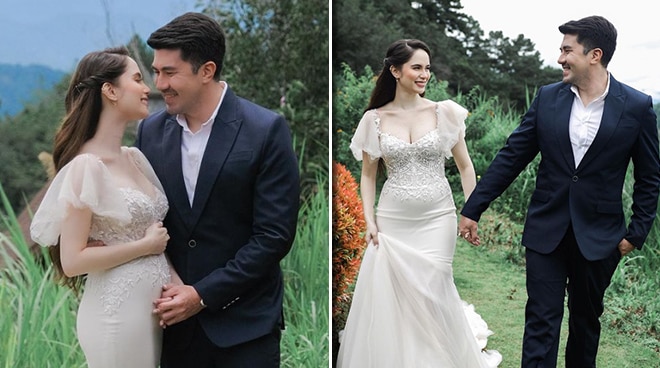 Jessy Mendiola and Luis Manzano surprised everyone last Thursday, August 11, as they announced the pregnancy of the actress. Following their announcement, Jessy revealed the meaning behind the video that they shot in a chapel in Benguet.

“We had planned for our church wedding this year but suddenly God gave us this wonderful blessing, proving time and again that God is the master planner,” she shared.

The couple, who got married back in February 2021, were already planning for a church wedding but would have to postpone it until Jessy gives birth to their first child. While the couple have set the church wedding in mind, the pregnancy of the actress is a welcome surprise for them.

“For now, our planned church wedding will have to take a backseat until our bundle of joy arrives. This is, by far, the best surprise we have received in our lives. Indeed, with God all things are possible,” she added.

With everything that’s going on, Jessy and Luis have put their religious faith in the center as they trust the plans given to them.

“No matter what your plans are, HE has a divine plan for you, one that is definitely BETTER than what you have imagined. His plan is always the best,” Jessy wrote.

The two have thanked everyone who has supported them since day one of their relationship. For the couple, their loyal supporters are the reason they still keep on going.

In Jessy’s vlog, followers saw glimpses of how the two found out that they were expecting their first child. Many netizens and friends of the couple have sent their congratulations and best wishes to the two.