At 44 years old, Smokey Manaloto became a first-time father as he welcomed his son Kiko. 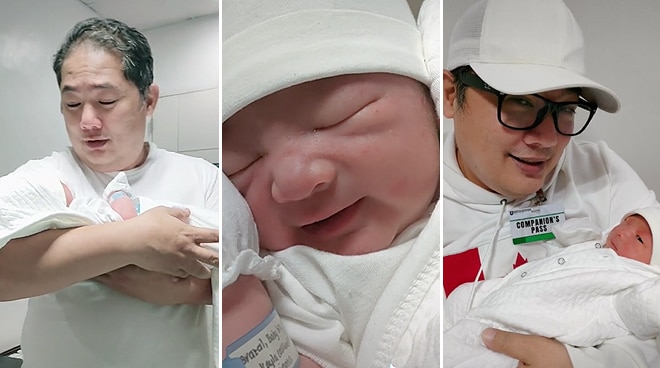 Smokey Manaloto is now a father.

The comedian, 44, made the surprising revelation over the weekend, as he introduced his son Kiko with his non-showbiz partner to the public.

Through a TikTok video, Smokey shared clips documenting his journey as a first-time father, from the early weeks of his partner's pregnancy to their son's birth last August 4.

Fans and friends of the actor flooded him with congratulatory messages on the milestone, including his showbiz colleagues Kean Cipriano, Roxanne Guinoo, and Eula Valdes.

Currently, Smokey is part of the ABS-CBN primetime series 2 Good 2 Be True.