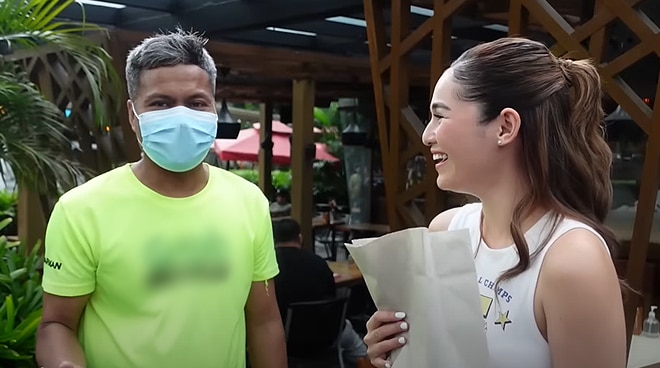 Barbie Imperial earned praises from netizens after she gave away food packs to delivery riders.

In her latest vlog, Barbie can be seen ordering food from random delivery riders only to give them what she ordered.

According to Barbie, this is her way of giving back to others following the many blessings she received which include the projects given to her.

Barbie said she decided to give back to delivery riders because she had seen their dedication to their work even in the middle of the rainy season which saw heavy floods in Metro Manila.

One of the delivery riders even turned emotional, saying it was the first time he received such a gift from a stranger — and a celebrity, no less.

Meanwhile, several netizens praised Barbie for what she did, with some even praying for her to receive more blessings in the future.