Formerly rumored couple Diego Loyzaga and Franki Russell are set to work together via the upcoming Vivamax film ‘Pabuya.’ Formerly rumored couple Diego Loyzaga and Franki Russell are set to work together via the upcoming Vivamax film Pabuya.

The two shared the exciting news as they gave a glimpse of their photo shoot for the movie on Instagram Stories Tuesday, August 9.

The actor and the former Pinoy Big Brother housemate were a picture of a hot couple in their steamy pictorial, which show them in daring poses and styling. One shot in particular sees them about to lock lips, with Diego's arms wrapped around Franki's neck while holding a fake gun. 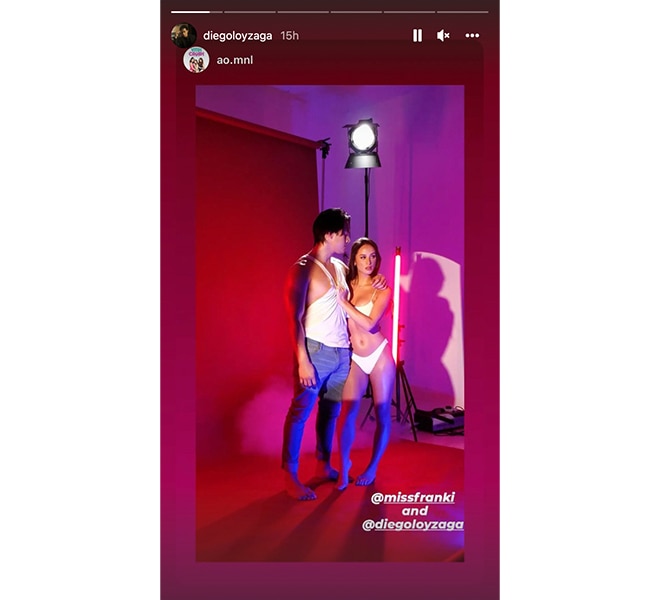 It was back in May when Diego and Franki became the subject of dating rumors after the latter took to Instagram Stories to greet the former on his 27th birthday.

Diego at that time denied the speculations, stating in an interview that he and Franki were not an item and that he wanted to remain single. He, however, later on retracted his statement, confessing on a radio show that he and the beauty queen-model were indeed seeing each other.

Nonetheless, both Diego and Franki eventually put an end to the romance rumors after they appeared to unfollow each other on Instagram in June. A quick look at their respective pages would show though that they have since followed each other again on the app.

As of writing, no further details about their film Pabuya has been announced, such as its director, plot, and cast members.