Angelica Panganiban and her partner Gregg Homan threw a baby shower to celebrate the upcoming arrival of their first child. 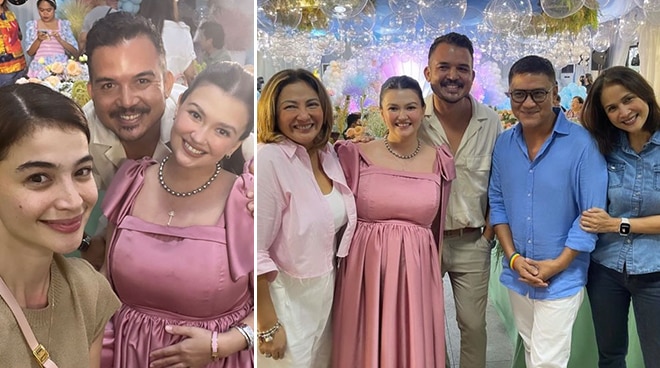 Angelica Panganiban was a glowing mother-to-be during the baby shower for the arrival of her first child with her non-showbiz partner Gregg Homan.

Photos and clips from the intimate event were uploaded online by their loved ones and guests on Sunday, July 31. Angelica, 35, announced that she is pregnant last March. She and Gregg are expecting a baby girl.

Angelica and her partner have been together for more than two years. They celebrated their second anniversary last July.