Netizens can’t stop talking about the poster of the Darna: The TV Series. 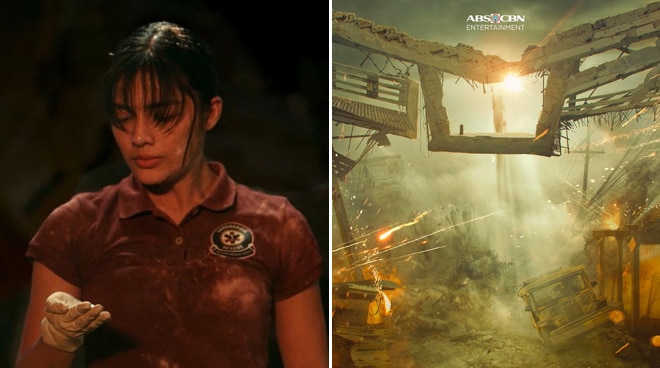 Following the release of the poster of Mars Ravelo’s Darna: The TV Series on Wednesday, July 6, netizens instantly ravedabout it on social media.

Netizens particularly raved about the subtle elements in the poster including a collapsed building that resembled the emblem of Darna, the silhouette of Darna within the emblem, and the snake slithering on the surface which hinted at the ominous appearance of Darna’s nemesis Valentina.

“Artistically and aesthetically pleasing... Many may not know what is this. But this is the most exciting part after some 10 years of circumstances and difficulties in production,” a netizen named Mike Belleza wrote.

Darna: The TV Series has encountered numerous problems — including the threats of the COVID-19 pandemic — since the project was first deveoped, resulting in the delay of the production of the show.