Aga Muhlach plays a retired boxer who is diagnosed with cancer in his first-ever serye, ‘Suntok Sa Buwan.’ 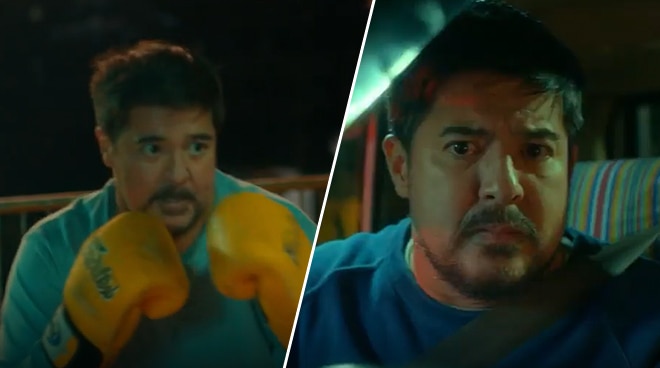 In the two-minute trailer released on Monday, July 4, Aga is seen as Jimmy Boy, a retired boxer who now works as a taxi driver in Baguio and is the father of young boxer named Dos. While acting as his son's coach, Jimmy gets involved with a criminal group, and is later arrested and jailed. There, he reveals to his son that he has been diagnosed with cancer.

Aside from the father-and-son duo, the preview also shows the blooming romance of Dos (played by Elijah Canlas) and Trina, a girl visiting in Baguio (Maris Racal).

It was only last June 24 when Aga announced that he is starring in his first-ever serye via TV5's Suntok Sa Buwan.

"It took me years to decide on doing my first ever serye. To cut the long story short, it’s happening. My first!" he said at the time.

Based on his post, Suntok Sa Buwan will be the first movie series to air on Philippine television once it airs on TV5.

The show is directed by Geo Lomuntad. It is co-produced by Project 8 Projects and CignalTV. Albie Casiño and Paulo Angeles are also part of the series.