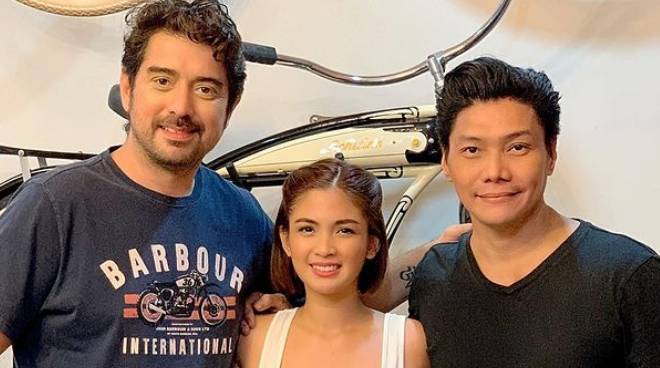 Actress Heaven Peralejo is working on a new film project with two of the most sought-after veteran actors in the industry: Ian Veneracion and Mon Confiado.

Heaven, 22, shared the exciting news with her fans in her Instagram post on Sunday (July 3), posting a photo of herself with the top Kapamilya leading man and award-winning actor.

"I am beyond excited to announce this newest project I’ll be working on under @reinentertainment! It is an honor to be able to work with THE Ian Veneracion and THE Mon Confiado. Such incredibly dedicated and talented veterans in the industry," she wrote.

Mon, who is perhaps best known for his roles in films Heneral Luna and Ma' Rosa, also shared his excitement over the upcoming project on his Instagram page.

"I’m so excited to film this movie! Grinding very soon!" he wrote.

Based on his post, the new movie will be directed by Shugo Praico, who is known for his work in the 2019 action-drama series Bagman starring Arjo Atayde.

As of this writing, no further details about the project, such as its plot and cast members, have been announced.

Heaven starred in the ABS-CBN series Bagong Umaga in 2020. She is also part of the new sexy drama soap A Family Affair as Tori.