Dimples Romana admits fighting a lot with husband over the last 19 years: ‘We have disagreed a million times’

Dimples Romana shared the little gestures her husband does to their family. 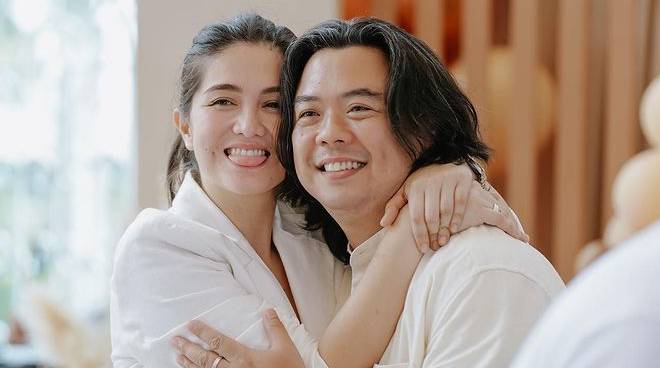 The Viral Scandal actress penned a lengthy caption to give her followers an idea what their marriage has been like.

“My hubby of 19 years, we fight a lot. We have disagreed a million times and often we forget how we even ended up together. Our love has had its many seasons, but if there is one thing I can never disregard is how he’s been an amazing father to our kids,” she wrote.

The 37-year-old actress shared how Boyet left the corporate world a decade ago and chose to become an investor in other businesses instead. Adding to that, Dimples shared that Boyet chose this in order to become a husband and dad that their family needed.

“It wasn’t a popular decision then, we found ourselves having to explain why we chose this set up but eventually people understood. I was always out for work,” she shared.

Back when they made that important decision as a couple, they only had their eldest child, Callie. She said sacrifices had to be made in order for their family to work. According to Dimples, they both understood what needs to be done if they want to raise their children the way they wanted to.

“It would’ve been nice sana kung dalawa kaming present palagi for the kids, we can’t. We had to make painful sacrifices of being away from each other. And we didn’t want the kids to be without any of the two of us at home,” Dimples added.

Because of their sacrifices, Dimples and Boyet were able to attend the important events of their children growing up.

After giving birth to baby Elio last month, the actress revealed that she was in a lot of pain due to the c-section procedure that was done to her. Because of this, Dimples couldn’t do much of the work as she had to rest her body. She relied on her husband who had no complaints according to her.

“Ta, sorry for the many times I have overlooked and taken for granted the little and big things you do for us. I woke up feeling so blessed I have U,” she closed.

Dimples and Boyet have been married since 2003.