Who could Cassy Legaspi’s special visitor be? 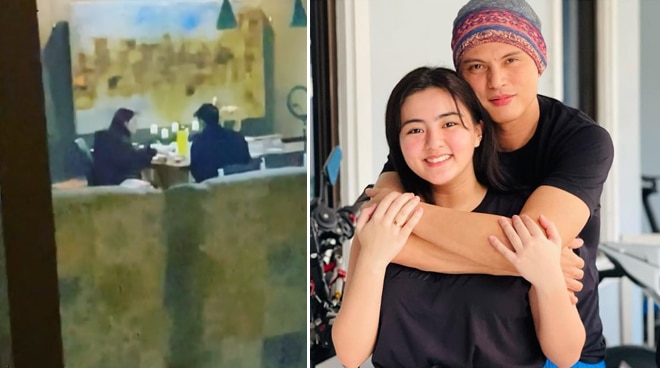 Being a dad doesn’t make actor Zoren Legaspi any less of a jokester. Last July 27, the actor shared a video of his daughter, Cassy Legaspi, and singer Darren Espanto talking and having fun inside their house.

Acting like he didn’t know who the “mysterious guest” was, Zoren asked his followers who his daughter was talking to.

“Sino tong the who? Sino itong bisita na to? Zoom in tayo,” he said in the video.

As he was zooming in, Cassy was quick to notice that her father was recording her and Darren which made Zoren panic and immediately cut the video. As if fans didn’t already know who it was, the 50-year-old actor stirred it up some more in his caption.

Fans of Cassy and Darren were seen laughing in the comment section of Zoren and commenting how good of a father he is to his kids. Since posting his video, fans were asking for some more “stolen” shots of the two inside their house.

“Tatay” was all Cassy could say in response to the video while Darren just commented laughing emojis. Darren and Cassy have been linked together but there has been no confirmation from either if they are romantically involved.

Cassy is Zoren and Carmina Villarroel’s child. She has a twin, Mavy, who is also in the showbiz industry.

Meanwhile, Darren is part of the upcoming musical series titled Lyric and Beat which is directed by Dolly Dulu. He is set to act with his on-screen partner, AC Bonifacio, among other cast members. It will be six-episode musical series that will premiere this coming August on the iWantTFC app.