Jackson Wang and TREASURE are set to perform tonight in front of thousands of fans. 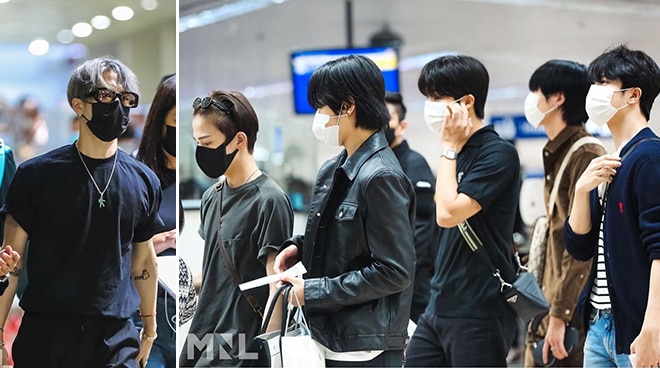 K-pop acts Jackson Wang and boy group TREASURE arrived in Manila earlier today, July 29, for their concert, K-Pop Masterz in Manila, which will be happening tonight at the Mall of Asia Arena in Pasay City.

I landed in Manila already
Gettin ready to get off the plane
.#Cruel#MAGICMAN Is tmr

Alongside the two K-Pop performers, Jackson’s fellow boy group GOT7 member BamBam, who arrived earlier in the country for his fanmeet, will also be headlining the said concert. Following the arrival of the TREASURE and Jackson, fans made sure to let everyone know that the stars were in the country as they were trending on Twitter.

Jackson posted on Twitter and on his Instagram stories that his plane just landed. He also acknowledged that he saw his fans who were waiting outside the airport.

“I saw u guys! I'm in the car already. I couldn't see you all until the car took off, I tried to stop the car but couldn't. Thank you for the ones who came today, it’s getting late, plzzz!!! Get home safe & I guess I will see u all tmr! Heading to the gym & practice soon,” he shared.

READ: TREASURE announces their comeback plans for this year

Meanwhile, TREASURE shared a photo of their member, Jihoon, on Instagram before they departed from South Korea.