WATCH: JM De Guzman has own bed, closet inside his van

JM De Guzman gave a tour of his van. 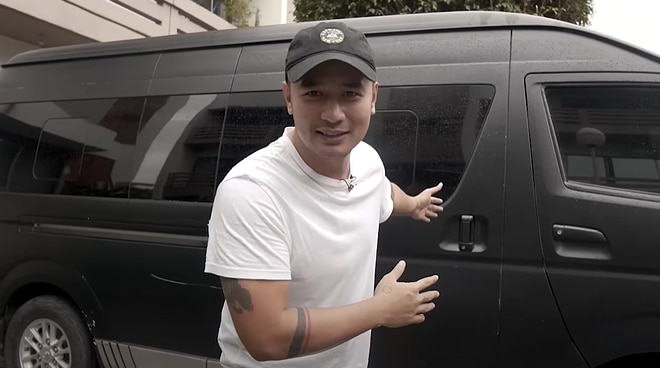 JM de Guzman gave a tour of the van in his latest vlog, sharing a glimpse of his second home whenever he is on the set of a teleserye or film.

JM had his Toyota Super Grandia limo type customized for him to have not just a vehicle to bring him to the different locations of his various projects but also a place to rest in between takes or while traveling.

The Kapamilya actor said he decided to have his van painted the color matte black because he is a fan of Batman.

JM also explained why he had a television screen installed inside his van, saying it provides him entertainment while waiting for him to be called on set to film the next scene.

He also has his own refrigerator inside his van where he could store his own refreshments.

Apart from the three reclining captain seats, JM also decided to have a bed installed so he could sleep whenever he wants to take a rest. The bed also transforms into a sofa sometimes allowing him to have a space where he could bond with his friends.

At the backmost part of the van, JM has his own closet as well as a vault where he can keep his own valuables.