Hidilyn Diaz is one dazzling bride. 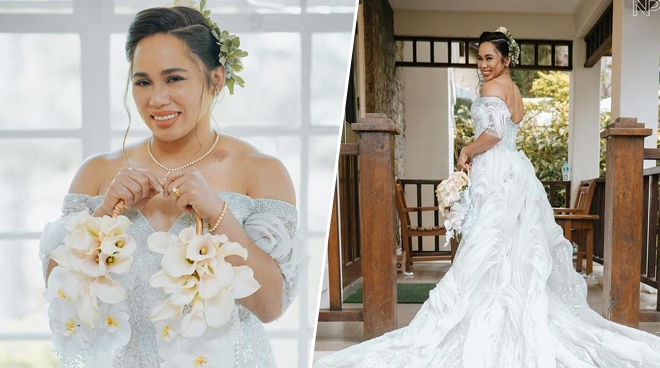 Olympic gold medalist Hidilyn Diaz is celebrating a big day today, July 26, as she is getting married to her fiancé and coach Julius Naranjo.

Nice Print Photography shared snapshots of the athlete in her wedding gown on Tuesday, July 26.

The Olympic champion is wearing a Francis Libiran gown on her wedding day.

"Today marks the first anniversary of our winning the Gold medal in the @olympics for the Philippines. And today also will be a memorable day for @imjulius and me, we will get married today," Hidilyn shared on Instagram one early Tuesday.

Julius also penned a message on social media to mark the special day.

"One year has passed since the historic Gold medal, here’s a recap of this historic moment. With what @hidilyndiaz and I accomplished last year, now it’s on to forever," Julius posted.

The couple is getting married in Baguio today.

Earlier this July, the couple shared the photos from their pre-nuptial shoot on social media.

The weightlifter relayed that she felt different kinds of emotions during the shoot.

Hidilyn and Julius got engaged in October 2021.