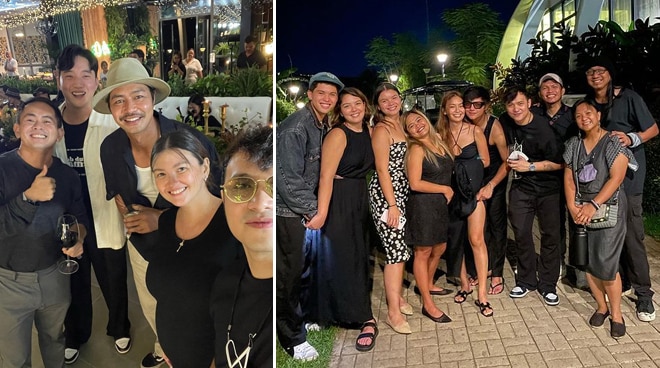 Apart from celebrating his 16th year in showbiz this coming September, Zanjoe Marudo has lots of things to be happy about this year including being part of the lineup of Beyond The Stars: Star Magic US Tour which kicks off next month.

For his 40th birthday this year, Zanjoe held a dinner party at The Vineyard in Tanauan, Batangas, where his family is also based.

One of the performers during the evening party was OC Records artist Sean Oquendo who released his first track “Lika Na” under Kean Cipriano’s company just last May.

Gray, blue, and white M&M chocolates with Zanjoe’s initials and face printed on them were some of the fun party favor. Zanjoe was last seen in the ABS-CBN series The Broken Marriage Vow. Meanwhile, he is set to star in the upcoming teleserye Dirty Linen along with new leading lady Janine Gutierrez.