Doug Kramer is one supportive dad to Kendra and Scarlet Kramer as he brought them to the ‘Be You’ concert featuring Red Velvet. 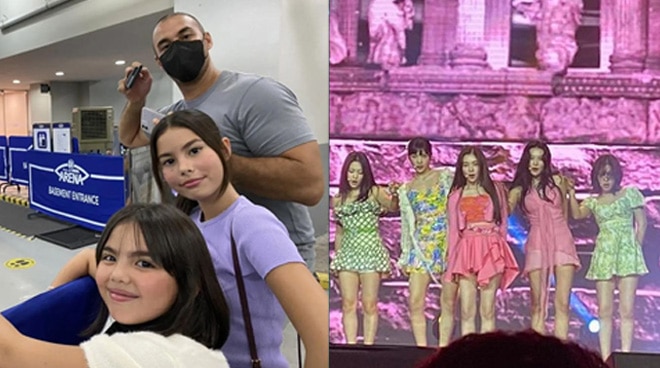 Doug Kramer is one supportive dad as he brought his daughters Kendra and Scarlet Kramer to watch the "Be You" concert featuring Red Velvet at the Mall of Asia Arena last Friday, July 22.

Doug’s daughters are big fans of the K-Pop group.

Red Velvet was one of the featured performers of the show which was dubbed as "an extraordinary concert to celebrate those with special needs" by producer In Purpose International Training Institute Inc..

In an Instagram post, Doug shared clips documenting Kendra and Scarlet's experience watching the concert and seeing their idols up-close.

"Went full Daddy support mode yesterday as Kendra and Scarlett showed how much they admire the Red Velvet k-pop group. I honestly don't know them, but my golly, their fans went wild in the whole MOA arena when they came out!" he posted.

Doug said that his daughters were also able to wave goodbye to the members of Red Velvet at the MOA Arena parking lot.

"We even saw them come out of the parking area, I was ready with 2 cams! 😂 Girls were so happy their Biases waved back!" he shared.

Kendra commented on his dad's post and extended her gratitude for bringing them to the concert.

"THE SUPPORTIVE DADDY WOOHOOOO ❤️🙌 THANKS TO YOU WE GOT TO SEE THEMMMM YAYYYY THANK YOUUU," she posted.

"What a wonderful night for reveluv’s last night! ♥️ Went full fan mode yesterday! 💗💗💗 We all enjoyed soooo much! 💘💘 I was starstruck by all the members! 😆♥️" Kendra wrote.

"It was also so nice to see special needs children have their moment to shine at the concert too! ♥️" she added.

The students of the In Purpose International Training Institute Inc. also had a performance during the concert.

According to their website, IPITI Inc. is an institution that provides "formal and non-formal educational and vocational training as well as enhancement programs for Special Education to those with special needs."