LOOK: Yam Concepcion and Miguel Cuunjieng celebrate their 1st wedding anniversary: ‘You are to me the best catch of a lifetime!’

US-based actress Yam Concepcion and her non-showbiz husband Miguel Cuunjieng go fishing on their first milestone as a married couple. 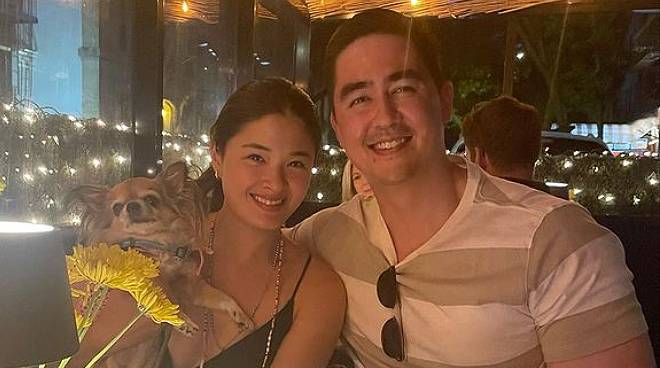 After starring in the ABS-CBN primetime series Init Sa Magdamag last year with leading men Gerald Anderson and JM De Guzman, Yam Concepcion flew to New York to be with her then longtime boyfriend Miguel Cuunjieng. The couple tied the knot in a ceremony held on a boat which had the iconic Statue of Liberty as the backdrop.

Last July 21, Yam shared how special their first anniversary as a married couple was in a sweet post dedicated to her husband of one year. She wrote, “You are to me the best catch of a lifetime!!! Happy 1st wedding anniversary migaru! I love you with every fiber of my being @mrcuu”