Donny Pangilinan and Belle Mariano look forward to their first trip abroad in August: ‘Everything will be memorable!’

Donny Pangilinan and Belle Mariano talk about how excited they are to be part of ‘Beyond the Stars: Star Magic US Tour’. 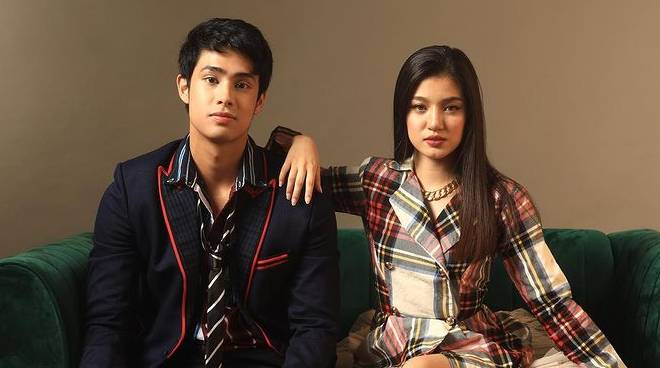 Currently seen onscreen as the lead stars of the hit teen series He’s into Her, Donny Pangilinan and Belle Mariano said that they were supposed to do another project together in another country but the pandemic didn’t make it possible. Now, the popular love team is set to join their fellow Star Magic artists in this year’s Beyond the Stars: Star Magic US Tour concert series which starts next month.

“We were supposed to have a project abroad actually during the pandemic. We were so excited for that pero hindi nag-push through so medyo na-sad kami. So ngayon, nung sinabi na mag-a-abroad kami for work, not just work kasi marami kaming time to go around as well. Sobrang excited kami. First time namin mag-abroad together, to go through many first times there na yung mga sightseeing, eating in different places, seeing a lot of experiences with our co-artists. It’s a dream come true and we’re just excited to go through it all together,” Donny shared during the Beyond the Stars: Star Magic US Tour launch last June 30.

Aside from being her first time to join a Kapamilya event abroad, Belle said she has never been to the U.S.

“Of course I’m really looking forward to this. Honestly, this being my first time to go to the US as well. And what more na kasama ko siya (Donny), kasama ko silang lahat. I’m sure it’s something that I’m really looking forward to. It’s something that I’m really excited about. Just to experience a whole new different country since feeling ko I’ve been stuck here in the Philippines for almost four years, I haven’t been able to travel talaga since nagkaroon ng pandemic. But now I’m given the opportunity to do that and I’m really excited,” she said.

When asked what she looked forward to doing in between shows, the 20-year-old actress admitted she had a simple wish.

“This is our first time traveling together and one thing that I am really looking forward to is eating sa may mga food carts sa gilid in New York. Because I’m watching a show na may ganun nga. I’m watching Suits now. Sobrang na-excite ako kasi first time kong gagawin yun (laughs),” she added.

Aside from the series of U.S shows, Donny revealed that DonBelle has a jampacked schedule next month.

“Yung August is very overwhelming but grateful schedule for me and Belle because after this US tour we go straight here for the Araneta Coliseum event of He’s Into Her. So it’s a whole month of seeing our supporters and being able to give back all the love that they’ve been giving us these past years. Maraming maraming salamat. We can’t wait to see you guys. Lahat ng memories magiging memorable talaga,” he shared.

Apart from having a fun time, Donny also admitted he looked forward to sharing more happy memories with his love team partner.

Catch DonBelle at the Beyond the Stars: Star Magic US Tour happening on: