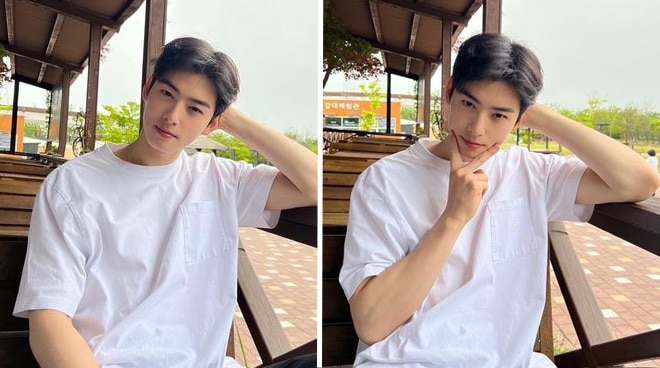 According to a report by mydaily.co.kr as reported by Soompi, Eun-woo's agency Fantiago released a statement saying, "Cha Eun-woo is positively reviewing [the offer] to star in ‘K-Pop: Lost in America,’ but nothing has been confirmed."

On June 30, Deadline reported that K-Pop: Lost In America will star Rebel Wilson and Charles Melton.

It will be directed by JK Youn and will be written by Jeff Kaplan and Ian Springer.

According to Deadline, the movie will tell the story of a K-Pop group that gets stranded in Waco, Texas prior to their American debut at Madison Square Garden. The group will then try to make their way to New York City despite having no phones, cash, and means of transportation.

Eun-woo made his acting debut in the movie My Brilliant Life in 2014.  He starred in several hit K-Dramas after that including Hit the Top, Gangnam Beauty, Rookie Historian Goo Hae-ryung, and True Beauty. This year, he is set to star in the series Island.

Last May, they released their third studio album Drive to the Starry Road. Their first single from the album was "Candy Sugar Pop."

In 2021, he was named as part of the Korea Power Celebrity list of Forbes.

In an interview with Star News back in February, Eun-woo shared that his goal as an actor is to do a Hollywood film.

"My dream is to act in a Hollywood project. These days, content from all over the world is being spread to different countries. So I would like to have the opportunity to experience new things in a new environment one day," he said to Star News.