Japanese actor Takumi Kitamura will play the role of Yusuke Urameshi in the live-action adaptation of ‘Yu Yu Hakusho.’ 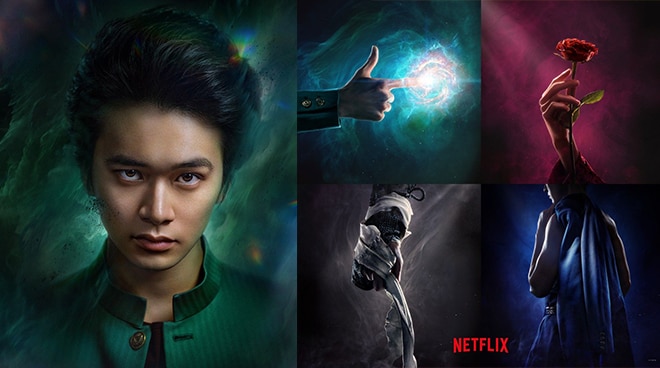 Netflix Japan shared the poster of the upcoming series on Instagram, much to the excitement of fans of the manga. The poster shows Yusuke's Rei spirit gun, Kurama's rose, Hiei's fist, and Kuwabara's uniform.

On the same day, Netflix also revealed the first cast member of the live-action adaptation. Japanese actor Takumi Kitamura will play the role of Yusuke Urameshi in the series.

In an exclusive interview with video game and entertainment website IGN, Kitamura expressed his excitement to be part of the project.

"The original work is a universal and unique masterpiece and a reason why Japan is so proud of its strong manga and anime culture. I am happy to share the masterpiece of Yu Yu Hakusho with the world and I hope we can create something people everywhere will enjoy," he said in the interview.

Prior to Yu Yu Hakusho, Kitamura starred in numerous television and movie projects. He was part of Tokyo Revengers, Night Doctor, Hello World, and Shadowfall, among others. Sho Tsukikawa will take on the helm of the Netflix live action adapation of Yu Yu Hakusho.

"When I first heard about Yu Yu Hakusho receiving a live-action adaptation, I honestly wondered if it would even be possible. But after being presented with the producer’s vision and possibilities with Netflix, my expectations grew and I found myself burning with passion to make this project come to life," the director said in a press statement released by Netflix.

The streaming giant also highlighted that the plot of the upcoming live adaptation will be based on the Japanese manga by Yoshihiro Togashi. It can be recalled that it was also turned into an anime series in 1992. It was popularly known as Ghost Fighter in the Philippines.

"The manga revolves around Yusuke Urameshi, a junior high school student who spends his days getting into fights and dies in an accident while trying to protect a young child. As he grapples with the fact that he is looking down on his dead body, a woman named Botan, who calls herself a guide to the spirit world, relays to him the shocking truth: no one expected a delinquent like Yusuke to die performing an act of goodness, and there was no place for him in either heaven or hell," Netflix said about the synopsis of the series in a press statement.

"Thus, Yusuke is given a chance to be revived, and after passing his trial, he becomes an Underworld Detective. From there, Yusuke becomes entwined in a mystery that envelopes the human, demon and spirit worlds," the streaming giant added.

At the Netflix Festival Japan in November 2021, Vice President of Content for Japan Kaata Sakamoto remarked that the streaming giant aims to be a platform to "boost the profile of Japanese storytellers" moving forward.

"We remain dedicated to supporting Japanese creators to do their best work both on and off set. Particularly on the technical front, we’re committing to providing and sourcing more sophisticated and seamless production resources, no matter where in the world those resources may be," Sakamoto said.

"Our wildly successful Alice in Borderland won fans not only for its storyline but also for the extensive and impressive visual effects, which were created by teams around the world. In the same way, we aim to take upcoming productions like First Love, Yu Yu Hakusho and other local titles from 'great' to 'truly exceptional'," he added.