Julia Barretto showed to her followers some of the best places to go to in the province. 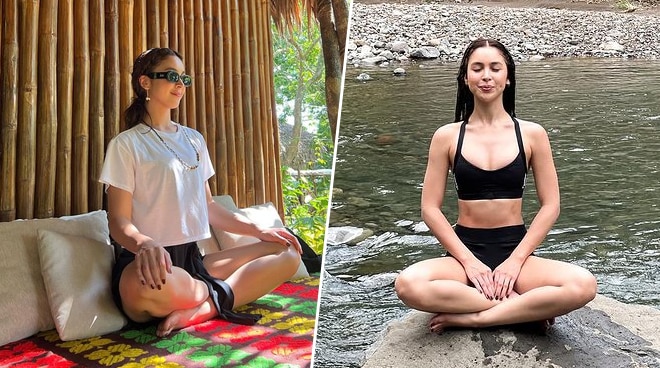 Julia Barretto went around La Union for her latest vlog.

On the fourth episode of her YouTube series Juju on the Go, actress Julia Barretto visited one of the most sought after tourist destinations in the country especially for those living around the Metro – La Union.

While Julia has been to La Union, she said she really hasn't explored it that much before.

On Instagram, the 25-year-old actress shared some photos and videos while she was touring around the province.

“Some of the best moments from our La Union trip,” she wrote.

READ: Marjorie Barretto’s night out with daughters Julia, Claudia, and Dani: ‘I love being their Mom’

Julia also stopped by at the Bahay na Bato in Luna, La Union and visited its museum. She then proceeded to try balancing rocks on top of each other with one of her mom’s best friends.

Julia and her team went to Siminublan falls wherein she had time to reflect and relax the following day.

“I think it’s a very nice spot to get away [from reality] for a while. The sound of the water is so therapeutic and calming,” she shared.

After taking a few moments to reflect, the actress decided to face her fears and jump into the water. On her way up to the jump-off area, Julia kept repeating how nervous she was but still decided to jump since the path on the way up was very hot for her to go down. She then joked about how she stayed for one hour in the same position before deciding to jump.

Before leaving La Union, Julia made sure that she would be surfing at least once in the beautiful waves of the province.

Juju on the Go is Julia’s vlog wherein she visits different places in the country. Apart from La Union, the actress previously visited Bohol and Baguio City.