ITZY joins BLACKPINK, TWICE, and aespa as the only girl groups to surpass 700,000 pre-orders

ITZY continues to make history with their own brand of music. 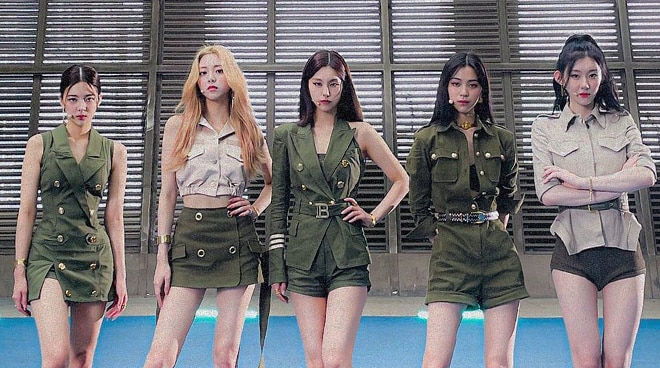 READ: ITZY to make a comeback in July

The group will then fly to the United States to continue with their tour, starting in Los Angeles on October 26 and ending in New York on November 13.

ITZY’s music video for Sneakers, which was released last July 15, already reached 33 millions views as of writing. Aside from this amazing feat, ITZY also managed to debut at number 5 in the iTunes Global album chart with their latest album.

In an interview with Billboard, member Lia revealed the meaning behind their title track, Sneakers.

“​​The reason why ‘Sneakers’ is the title is because they’re one of the things that represent that freedom and joyful feeling, [We are] talking about what we usually talk about––being ourselves and being confident––but this time we focus more on being free. I think when you are truly free, that’s when you could really find your true self. That’s where you feel the most comfortable, right,” she shared.

Meanwhile, Ryujin shared the secret behind the group’s closeness.

“We’ve been together for a long time – four years now. I think that’s why we have a special bond, and that I think it gave us great teamwork. Great teamwork goes to great stages,” she added.

ITZY debuted in February 2019 with their debut song, “Dalla Dalla”, which topped the Korean music charts as soon as it was released. They continued to make hit songs such as “Not Shy,” “Wannabe,” ”Mafia in the Morning,” and “Icy.”