Ria Atayde mourns the passing of her pet cat

It’s been quite a difficult week for Ria Atayde as her pet cat, Kaspian, crossed the rainbow bridge. 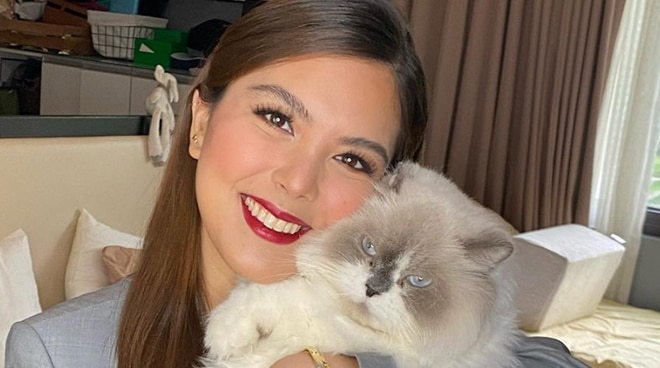 Actress Ria Atayde announced on her Instagram last July 13 that her pet cat, Kaspian, had passed away. For several years, Kaspian was beside the actress throughout her journey in life.

“No words. Thank you for never making me feel alone the past 7 years. I love you so much Kaspian. I’ll miss you always,” she wrote.

In an earlier interview, the 30-year-old actress shared that she initially didn’t like cats but because she had the chance to babysit her best friend’s cat for a month, she fell in love with taking care of cats.

In a separate post, Ria thanked those who sent their condolences in the comment section. She also uploaded more pictures of herself and Kaspian throughout the years.

“My whole heart. Life won’t be the same without you. Thank you to everyone who sent their love. Appreciate it so much,” she said.

Being mostly dog lovers, Ria’s family also hesitated at first about Kaspian but soon changed after getting along with Ria’s pet cat. In her past interview, she revealed that Kaspian was afraid of men as her brother Arjo would jokingly surprise her cat.

Kaspian was also one of Ria’s motivations in working as an actress. Whenever she had a hard time crying for an emotional scene, her father would jokingly tell her that he would sell Kaspian.

Meanwhile, Ria recently graced the cover of the fashion magazine MEGA for its July issue wherein the actress talked about the body positivity movement. She is also set to star in a new series with Carlo Aquino and Jake Ejercito called Ex Factor.