J-Hope on releasing his first solo album ‘Jack in the Box’: ‘I really poured everything into this album’

J-Hope released his solo album ‘Jack in the Box’ on July 15. 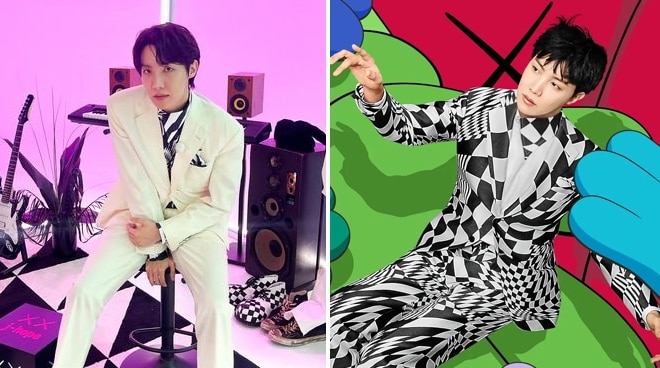 BTS member J-Hope opened up about his feelings as the first member of the boy group to release a solo album since their group went on hiatus.

J-Hope released his solo album Jack in the Box on Friday, July 15.

In an interview with Variety, J-Hope admitted that he feels nervous and confident at the same time knowing that he gave his all for his first solo record.

"I do feel the weight on my shoulders. And I do want to start off successfully for all of our team members as well. I was a little bit worried, and I don’t want to risk or undermine our reputation as a team with BTS. However, overall, I’m very confident and content with the album. I really poured everything into this album and conveyed the messages that I wanted to convey," he said in the interview.

He added that he is open to any feedback about Jack in the Box.

"No matter what the feedback or the reaction is like, I have no regrets, and I’m willing to take any type of feedback as well. I’m open-minded to that," he stated.

J-Hope relayed that he actually started working on the  album during the pandemic.

"The theme of 'Jack in the Box' is a theme that has been running in my head for a long time. I thought about this theme for a long time because it has to do with my stage name, J-Hope. So I always wanted to reflect the story about my stage name in my music. But it is true that after the pandemic started, I definitely focused more on producing my solo album. During the pandemic, I realized that life goes on despite all these challenges, and I should not do nothing," he relayed.

"I actually got to have a little bit more individual time, 'me' time, so I definitely decided to be a little more productive despite the pandemic going on," he added.

When asked why he chose "More" as the first single off the album, he relayed that he wants to showcase a little bit of the "darker side" of him.

"There is definitely a clear reason why I chose 'More' as the  first track to be released. I wanted to express a little bit of a darker side of me, as J-Hope, as an individual. This song is very powerful, and actually the feeling that you might have got when you first listened to this song is probably definitely reflected on all the other tracks in the album. I’m not saying that rap sound is the main theme or the focal point of my album. However, the overall flow or style is kind of consistent throughout all the tracks," he stated.

It was in June 2022 when BTS announced that they will be going on a hiatus as a group to focus on their individual activities.

The announcement happened within the "Festa Dinner with BTS" video posted on their YouTube channel on June 14.

"When people hear our group name, they say, 'Oh wow, BTS.' But honestly, people don’t really know who each of the members are. Since we’re singers, I think it’d be most impactful for us to show [who we are] through our music and performances. So from now on, we’re going to release [solo] albums instead of mixtapes," BTS member RM announced in the video.

V added, "J-Hope told me this before: ‘We can all really focus on our solo activities for the time being, and then when we come back together as a group, that synergy will be like no one else’s. It’ll be better than before."