Bianca Gonzalez was so excited after seeing herself on a billboard with one of her idols. 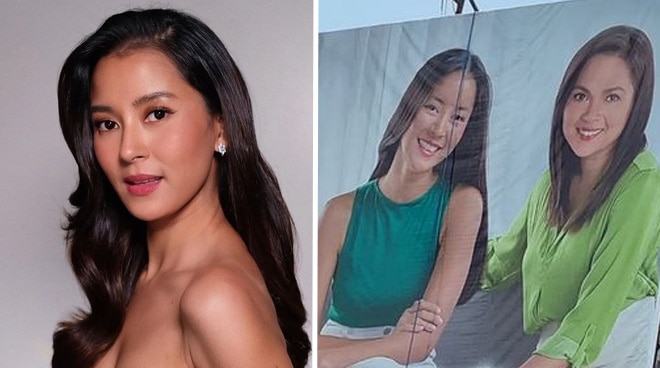 Pinoy Big Brother host Bianca Gonzalez couldn’t hide her excitement as she shared with her followers the billboard that has her and actress Judy Ann Santos on it. For Bianca, she was on cloud nine as it had been a dream of hers as a fan to be in the same billboard as her idol.

Her husband, former PBA player JC Intal, was the one who captured the photo and sent it to the 39-year-old entertainer. Her husband spotted the billboard along Katipunan avenue in Quezon City.

READ: Bianca Gonzalez looks back on ‘PBB’ journey: ‘I am still processing so many emotions’

Bianca became an endorser of the bottled water brand just last May. Judy Ann has been with the brand for many years already.

Meanwhile, Judy Ann commented on Bianca’s post, telling the PBB host how happy she was to do the billboard with her.

Judy Ann made her TV comeback recently as a guest co-host of the morning show, Magandang Buhay. Bianca used to be co-hosts with Juday’s husband Ryan Agoncillo on the show Y Speak.