Angelica Panganiban and Danica Sotto show off their baby bumps 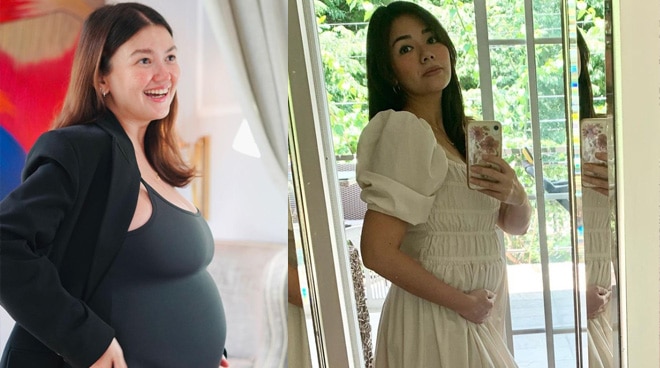 Angelica, who will be a first time mother, proudly posed for the camera and showed off her baby bump while she was receiving her “me time” in the Aivee clinic.

READ:Angelica Panganiban gets emotional while preparing nursery for first child

Meanwhile, Danica, who is already a mother to two children with her husband, former PBA player Marc Pingris, took some photos from her phone and shared it online. The couple announced the pregnancy on social media last Father’s Day.

Danica and Marc were so happy with the “answered prayer” of having another child.

Friends of Danica such as Sunshine Dizon, Alessandra De Rossi, and Mariel Rodriguez-Padilla, congratulated her through the comment section. According to their comments, the actress is glowing and are praying for a safe pregnancy journey for her.

Angelica announced her pregnancy to everyone last March as she herself discovered it while she was at work. In her previous vlog, the 35-year-old soon-to-be-mom shared that she would be having a baby girl with her non-showbiz partner, Gregg Homan.

Last year, the actress went public with her relationship with Gregg. The two met while Angelica was taping her teleserye Walang Hanggang Paalam back in 2020. They have maintained an intimate and lowkey relationship––far from the public eye.