Singer and actress Ylona Garcia walked the red carpet at the premiere of the film ‘1Up’ in Hollywood. 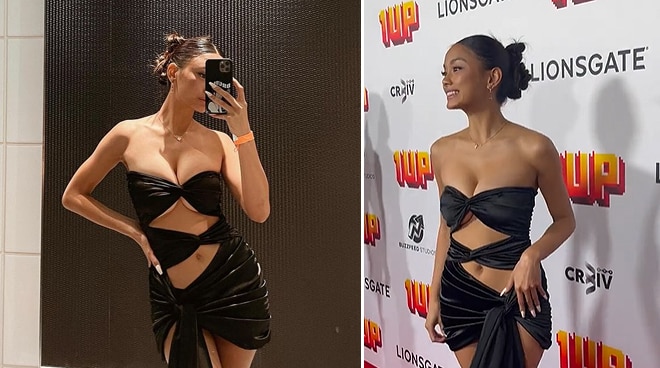 A year after moving to the US to pursue her international career, Ylona Garcia added another memorable highlight to her showbiz journey after walking the red carpet of the Hollywood premiere of the film 1UP where she was described in various image sites as a Filipino-Australian singer.

The film, which is described as a comedy which follows the life of a gamer who quits her esports team in college because of experiencing sexism from her male counterparts, held its premiere at the TCL Chinese 6 Theatres last July 12, 2022 in Hollywood, California.

READ: ‘Is this for real?’: Ylona Garcia gets billboard at New York’s Time Square

Showing off how her regular workout sessions during the past year has paid off for her, Ylona wore a sultry mini dress with a sexy cutout at the midriff, which she gamely showed off to the media covering the red carpet event.

Last month, the Aussie-born artist reflected on her showbiz career through an Instagram post where she shared, “After almost twelve months of being in LA, my determination, values, morals, ambitions, boundaries, and resilience have been consistently tested in a way like nothing I've ever experienced before.”

Ylona first joined showbiz as a housemate on Pinoy Big Brother: 737 edition in 2015 where she placed as first runner-up to Teen Big Winner Jimboy Martin. Last year, Ylona signed up as an artist under American music label 88rising and moved to Los Angeles.