Van Ness Wu says that he would love to visit the country again. 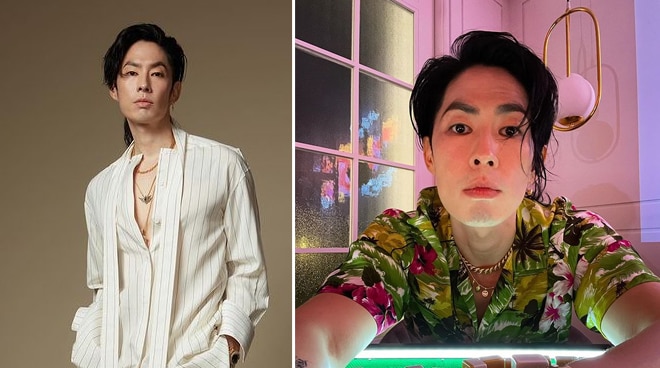 In an interview with CNN Philippines, the former F4 member opened up about his journey creating the album. The singer, who was born and raised in the US, shared that creating the English record felt that it had all come full circle.

"One of the main reasons why I moved back to Asia was to pursue a musical career and to do music that I love doing. My first language is English and the fact that I was able to do an album in English and to kind of give back to the people who support me, English speaking and all that, it definitely feels like it is full circle and therapeutic," he said.

The singer remarked that he feels grateful that he is still able to do music after two decades.

"Music is nourishment for the soul and it is one of the important things that we have everyday and I feel like the fact that I can continually be doing this is such a rewarding feeling and a blessing to help myself go through life and to be able to express it musically," he said.

Van Ness shared that his new album Take A Ride is a feel-good one that will make anyone want to dance and have a good time.

"When you write music in Asia, a lot of times they have their direction that they want you to go. They want this pop-py type of tunes but when I first started it wasn't the type of music I fully grew up with. I enjoy it. I love it. But it didn't have the beats, it didn't have the hits, like the hard hitting snares that I needed for the dancing... So this album, we really just centered it here on it does not matter what genre it is. It just has to make you feel good," he said.

According to the singer, recording the album was also therapeutic for him because he was able to record it in different places. He had recording sessions in Malibu, Los Angeles, Thailand, and Kyoto.

In the same interview, the singer was also asked about the differences of who he is as an artist now compared to when he was still new in the industry

"I think the difference is back then everything happened so fast. You were just thrown into this roller coaster of emotions and a ride and even today I am still at that roller coaster ride but at least now I am able to have more control of my emotions while going through the roller coaster," he said.

He shared that he actually thought of visiting the Philippines for vacation too.

The singer added that he is actually friends with a lot of Filipinos in Los Angeles.

"There is a huge community in LA as well and I met so many wonderful people in Los Angeles, the Filipino community that broadened my horizons even more and made me be more open to the massive talent that is in the Philippines,” he stated.