Ruffa Gutierrez opens up about her ‘traumatic’ marriage: ‘Those dark days of my life’ 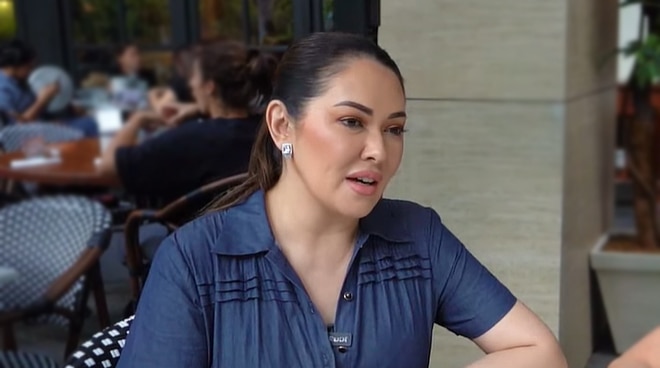 In a lighthearted interview on Vicki Belo’s vlog channel, Ruffa Gutierrez talked to her longtime friend and celebrity doctor about her previous marriage to Turkish businessman Yilmaz Bektas. At the start of the vlog which was uploaded last July 14 with the title, “RUFFA GUTIERREZ FINALLY OPENS UP ABOUT ‘TRAUMATIC MARRIED LIFE’ AFTER 15 YEARS!,“ Ruffa started off by thanking Vicki for all the help she’s extended through the years.

“Honestly, before anything else, I’d like to thank you because parang these days I feel kind of emotional and I just want to thank you that when I got back from Istanbul during those dark days of my life, you were there and you were one of those that really jumpstarted my career. So thank you so much. Doc Vicki helped me raise Lorin and Venice,” she said.

After getting married in 2003 and separating four years later after having their two daughters Lorin and Venice, Ruffa admitted she has long since forgiven her ex-husband. Her two daughters flew to Turkey last month to spend time with their estranged father after 15 years.

“I guess time heals all wounds and I guess in God’s perfect time I think it just came naturally already a long time ago. I’ve forgiven him. I sent Lorin and Venice on their own to Istanbul. I just felt really light about it. I prayed about it. And I said, ‘God, if this is the right timing that Lorin and Venice should reunite with Yilmaz, give me a sign.’ And I think the sign is just being comfortable, being light, being at peace. I didn’t have any hesitations. Para sa akin, yun na yung sign na hinahanap ko.”

After their breakup, Ruffa revealed that she did not receive any support from her ex-husband and is not aware of his current relationship status.

“No (support), but it’s payback time. I know that he will (laughs). I think so. Kasi feeling ko, hindi niya nakikita yung mga bata so he wants me to suffer, may ganun siyang ugali na, ‘Okay ikaw lumayas eh di ikaw magdusa.’ Parang ganun yung feeling. He says that he’s engaged but this is like the 10th engagement so I don’t believe him. I don’t know kung pinapaselos lang niya ako or totoong kinasal na siya. Walang return of the comeback. Ano ito, reunion talaga ng mga anak ko at Yilmaz,” she said.

While reflecting on her failed marriage, Ruffa admitted that she does not see herself getting married again.

“Yilmaz and I, our relationship naman, is different because number one, I married him. Number two, we have kids together. Although I haven’t seen him in 15 years, a lot of the things that I did for Yilmaz, hindi ko alam kung magagawa ko pa yun sa buhay ko. Unless he’s my forever love. Like move to another country, change my religion. Kasi pag sinabi mong kasal, andiyan yung lahat ibibigay mo. 300% ibibigay mo. Magsasakripisyo ka talaga para sa relationship na yun.

“Pag boyfriend mo lang, parang, ‘Okay ayaw mo? Okay bye!’ We don’t care. I don’t know if I want to get married again. I’ve left that in the hands of the Lord. All I know is, I’m not going to end up alone. For sure, I am not going to grow old alone. I know I’m going to have someone there that’s going to hold my hand until the end. I’m praying for it,” she explained.

During the interview, Ruffa also made sure to thank her online followers who gave her moral support and applauded her for allowing her children to visit their dad in Instanbul.

“Maraming salamat sa lahat ng nag-message sa akin. They feel that I’m a great mom. Or they feel that I’m very selfless. For me, being a single mom and being with Yilmaz and we went through such a traumatic experience or breakup, for me importante talaga sa akin yung happiness ng mga anak ko. They deserve to grow up with a father. I don’t want to take that away from them. So I had to really be patient and have a lot of faith and trust in God. And I know that it’s going to be the start of something beautiful,” she added.