What’s the Janine Berdin and DJ Loonyo ‘bardagulan’ all about? Here’s what we know so far

Netizens did not anticipate the online fight between Janine Berdin and DJ Loonyo. 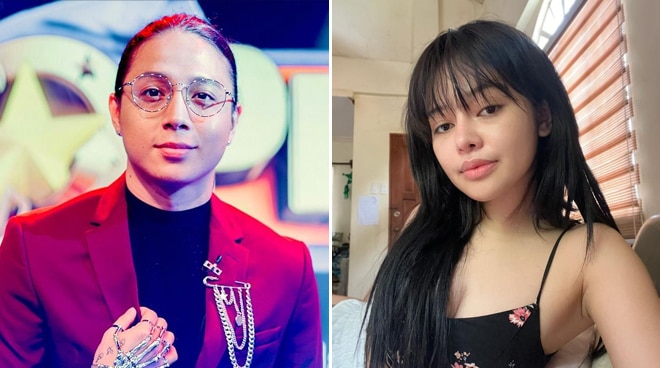 Within hours apart, DJ Loonyo and Janine Berdin became two of the most-talked-about personalities on Twitter — bringing confusion to a lot of netizens.


But it appears Janine’s move did not sit well with DJ Loonyo, forcing him to send a direct message on the Tawag Ng Tanghalan Season 2 Grand Winner to ask her about the issue.

Janine, for her part, responded by explaining she turned the meme into a cover photo simply because she found it funny.

“Hala Kuya, It’s just a meme that I found super funny. I found it online. I didn’t really mean any harm,” Janine said.

She went on to ask DJ Loonyo about how the meme came to be, saying it was just a random move.

“Ano po kaya context ng meme? I just thought it meant to change the name of the airport to you,” she said.

Janine reiterated that she didn’t mean any harm and said she thinks people surely won’t think negatively of him because of what she did.

“Really didn’t mean any harm. I don’t think people found it degrading to you as well po! :),” she said.

She even offered to take the post down if he wanted to. “But if you want I could always take it down Kuya! :)”

But even if Janine already explained her side, DJ Loonyo thought that it was still not funny as people started making fun of him because of it.

“@janineberdin. Ur better than that for sure. God bless your soul. Weird sh*t,” he added.

In the comments section, DJ Loonyo asked his fans to be sensitive enough to know how to respect others.

Janine seemingly took DJ Loonyo’s challenge lightly and made her own meme.

Janine seemed to have felt offended after the private conversation between her and DJ Loonyo leaked online.

“Oh kuya, if you really wanna talk about it publicly .. I really wanna know how you understand the meme. I just thought it was a petition to just literally change the airport name to you. It’s satire. It’s poking fun. It’s random. No one would actually take it seriously,” Janine said.

According to Janine, she herself experiences getting made fun of sometimes — acknowledging the fact that it comes with her being a public figure.

“People use my name to poke fun all the time as well. Hell people talk sh*t and laugh at me as well. I’m not saying that’s what the meme was doing kasi it wasn’t meant to be degrading at all. But yeah, it’s what comes along when you’re a public figure. No big. Smile po kayo!” she said.

See how netizens reacted to Janine and DJ Loonyo’s online fight below:

While some netizens sided with Janine, others condemned her for allegedly bullying DJ Loonyo.

Ppl are enjoying the bardagulan of Janine Berdin & Dj Loonyo

Dj Loonyo takes all the mockery & bullying in socmed, calling him “triggered” & “iyakin”

I can really say that socmed is worst ☹️

What’s your take on the Janine and DJ Loonyo bardagulan?