Anne Curtis said that the madlang pipol will be seeing her more often on ‘It’s Showtime.’ 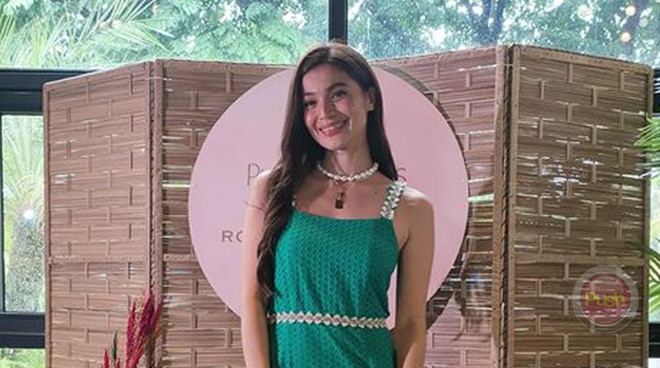 Actress and host Anne Curtis expressed her elation over the news of ABS-CBN and TV5’s collaboration. On Monday, July 11, it was officially announced that the Kapamilya noontime variety show It’s Showtime , which Anne hosts, will also be airing on TV5 starting July 16, Saturday. Currently, It’s Showtime is airing on the Kapamilya Channel, A2Z, Kapamilya Online Live, TFC, and an encore telecast on Jeepney TV.

READ: ‘It’s SHOWTIME’ and ‘Lunch Out Loud’ to air back-to-back on TV5, A2Z, and Kapamilya Channel

Anne said, “I’m very happy. You know, I’m happy for the Kapamilya (network) that we’re able to reach even more Kapamilyas and Kapatids. So you know, it’s an exciting collaboration. It’s a year of collaborations.”

When asked if the madlang pipol will be seeing her more often on the noontime variety show, Anne said, “Yes.”

“Baby steps. But yes, best efforts din talaga. You know, I’m still getting used to it but yes, definitely, you’ll be seeing more of me,” she added.

Anne met with the press during the launch of Filipino designer Rosanna Ocampo’s collection for fashion brand Plains & Prints.

The actress, who has been an endorser of the Philippine clothing brand for many years now, said, “I’m so excited, especially working with Plains & Prints, you know I’ve been with them for so long.”

“You know, it’s been so long and I’m so excited for them. As Rox (business owner Roxanne Farillas) mentioned, it’s been two years. And you know, everyone has had their hesitations of coming back and doing an event but you know, things are starting to look bright again, and that’s why I’m so excited for Plains & Prints as we celebrate a new collaboration,” Anne added.