‘It’s SHOWTIME’ and ‘Lunch Out Loud’ to air back-to-back on TV5, A2Z, and Kapamilya Channel

‘It’s SHOWTIME’ and ‘Lunch Out Loud’ will start airing back-to-back on July 16. 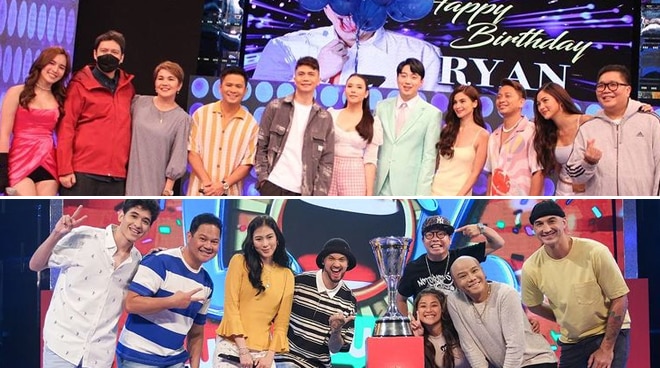 It's SHOWTIME and Lunch Out Loud are set to air back-to-back on A2Z, Kapamilya Channel, and TV5 starting July 16, Saturday.

Lunch Out Loud will continue offering unlimited laughs to the tropang LOL from 11 AM to 12:45 PM with its fun segments like “H.O.P.E.” dating game, “Maritest” showbiz quiz, “Beat The 2” battle of the wits, “Pera Usog” cash prizes, and “Sagot Mo, Sagot Ko."

Meanwhile, It's SHOWTIME will continue bringing joy to the Madlang Pipol from 12:45 PM to 3 PM through its various segments such as "Tawag ng Tanghalan," “Sexy Babe,” “ReINA ng Tahanan,” “Miss Q and A,” and “MiniMe.”

"The fun and camaraderie of the hosts of It's SHOWTIME will continue to be felt as they remain committed to serving our Kapamilya, Ka-A2Z, and Kapatid audiences," ABS-CBN said in a press statement.

Following the announcement of the back-to-back airing of the programs on TV, various televiewers expressed their excitement on social media.

"Thank you ... more people can watch you nationwide," one netizen posted.

The program first aired on television on October 24, 2009.

Aside from It's SHOWTIME, ABS-CBN local programs airing on TV5 include 2 Good 2 Be True, A Family Affair, FPJ's Ang Probinsyano, Love in 40 Days, ASAP Natin 'To, and Idol Philippines.