Edward Barber’s faith has made him see his desired path in the future. 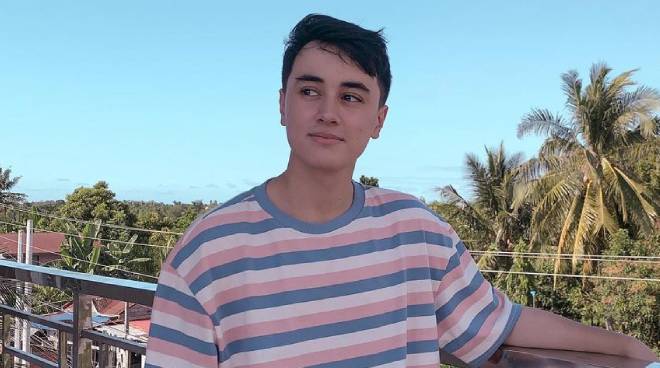 Edward is currently an active member of his church’s ministry wherein he serves every Saturday.

In an interview with Star Magic Inside News, Edward shared his thoughts and opinions in his new found calling.

In between his hosting and acting gigs, the 21-year-old actor has dedicated his time to serve back to his church. After joining his church ministry, Edward shared that he found his life purpose outside the showbiz industry.

Edward acknowledged his ABS-CBN family and said he is very thankful for the opportunities given to him. However, the actor said he still yearns for something more than the glitz and glam of the showbiz industry.

Finding his calling outside acting, Edward plans to become a pastor of his ministry someday.

“I love ABS-CBN. I love my family here. But at the end of the day, it is work. And I have other people that I love too outside...I wanna be in a ministry which is not a priest [but] a pastor. Maybe one day,” Edward revealed.

Although it is in his plans to become a pastor one day, Edward shared that he won’t be leaving the industry soon. He plans to continue his career path as an actor and entertainer as it is still something he loves doing.

In celebration of the 30th year of Star Magic, the young actor will join other Star Magic artists in the USA for their North America tour. He will join some of the biggest celebrities, such as Kim Chiu, Zanjoe Marudo, Belle Mariano, and Donny Pangilinan, among others.