Donnalyn Bartolome apologizes over photoshoot issue: ‘I feel terrible, sick to my stomach’ 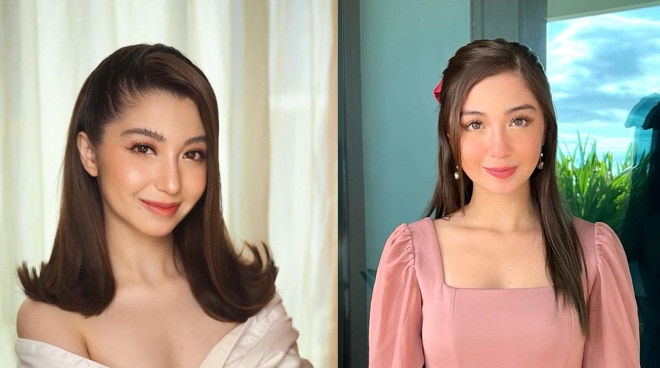 Social media sensation Donnalyn Bartolome took to social media to speak up after drawing flak over her recent photo shoot which saw her portraying a baby in a sexy manner.

Donnalyn marked her 28th birthday on Saturday, July 9, with photos of her dressed as a baby.

In her latest vlog, Donnalyn said she opted to go for a sexy photo shoot as she wanted to try something new. Apparently, this is the first daring shoot she ever had in her life.

The 28-year-old vlogger went to share that she didn’t have a baby photoshoot back then and jokingly apologized if it took this long for her to have one.

READ: Donnalyn Bartolome gets ready for her 28th birthday

The photos from her birthday photoshoot were then uploaded on her social media accounts which drew mixed reactions from the netizens. Some enjoyed the fresh concept of the vlogger while some were not happy to see her acting like a baby.

“As a public figure with high algorithmic engagements, you should have been more aware of all your actions. In a broader sense, this is something off and disturbing,” a netizen named Mikee Brosas shared on Facebook.

“Portraying babies as hot and mature seems inappropriate. This would actually feed perpetrators’ ego and sexually fantasies,” the netizen added.

Meanwhile, another netizen going by the name of Maria Pilar Dy also shared the same sentiment as Mikee’s.

“This is DISGUSTING. You are a grown woman dressed up as a child posing seductively,” she shared.

Her separate post has already garnered 10,000 reactions and 7,500 shares on Facebook. Other netizens have been weighing in on the issue and some are defending Donnalyn.

As of writing, she has over 700,000 views on her vlog. She has since deleted her posts on social media.

In a Facebook statement, Donnalyn said she never intended to enable any acts relating to child abuse.

“It was an honest mistake, it was never my intention to enable one of the most horrifying acts here on Earth,” she said.

She also explained why it took a while for her to take down her posts as she sought help from Facebook to stop the photos from further spreading online.

“I couldn’t remove my post right away because I needed it to copyright the photos to prevent the spread of it furthermore until I got a go signal from Facebook and other socmed managers, an assurance that they know I am the owner of the photo and they’ll help me correct this by taking down all of the posts involving this photoshoot,” she said.

She added: “You may help us by sending the links of the post of anyone who reposted this for any reason at all. (via message).”

Donnalyn said she initially thought of the photos as light and funny until other people told her otherwise.

“Almost a million people across socmed platforms thought of it light and funny because they know my personality and didn’t look at it that way hence our initial reaction to the idea was the same.. but upon reading other people’s perspective, I completely agree,” she said.

Admitting she eventually felt disturbed over her own photos, she said: “I feel terrible, sick to my stomach and had disturbing flashbacks I’d rather not say.”

Read: Donnalyn Bartolome dons a disgsuise to surprise her family at Disneyland

She went on to explain that she herself has experienced trauma as a child, reassuring her followers that she would never intend to hurt anyone.

“I was called crazy for being overprotective to all of my siblings, ones I took care of since they were babies. It has come to the point where I had to go to a psych to understand my actions because the level of protectiveness was quite extreme, all I’m saying is I’ve taken care of children since I was 11 years old, this was the last thing I would ever intend to do,” she said.

“Thank you to everyone who let me know, especially those who did it so kindly, you’re the type of people who help me become a better person everyday as I hold the responsibility of influencing millions. It’s not easy.. but I’ll do my best,” she added.

She also took the time to ask her followers to support the same facility she was admitted in years back.

“While you’re here. I’d like to use this attention for  those who want to help abused children.. There is a care-facility I was admitted in when I was a minor: Nayon ng Kabataan,” she said.

“The children admitted there carry so much pain, you can donate or send them little gifts to make them feel better. Thanks everyone and I’m sorry,” she added.