Super Junior is coming back to Manila

After three years, Filipino ELFs will get to meet Super Junior once again. 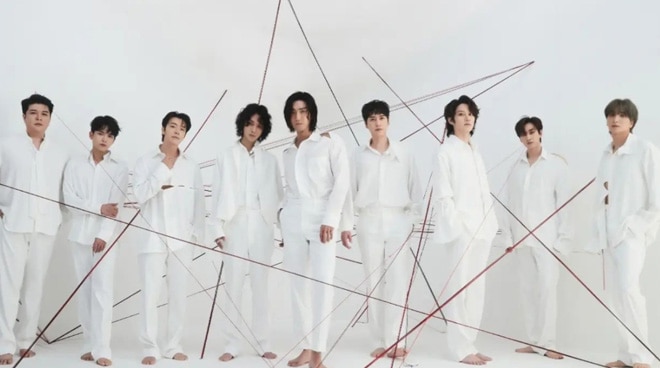 Dubbed as Hallyu Kings, K-pop boy group Super Junior will be returning to Manila for a concert on August 6. PULP Live World, the organizer for the event, announced last June 30 that the Super Show 9: Road in Manila will take place at the Mall of Asia Arena in Pasay City.

It's been a long wait, PH ELFs - and you know we are more than thrilled to usher another unstoppable SUPER SHOW with @SJOfficial 💙 We're on the road to #SS9inManila this coming August 6 at @MOAArena.

Filipino ELFs, Pinoy fans of the group, will get to meet their idols after three years of waiting. The last time Super Junior went to Manila was back in December 2019 for their Super Show 8: Infinite Time.

READ: 15 Years with Super Junior: Here’s a list of our Top 5 favorite songs from the legendary K-Pop group

SM Entertainment, the group’s agency, previously announced that Kim Hee-chul won’t be participating in the concert due to the health condition the idol is currently facing.

It has been 17 years since Super Junior started and they continue to make an impact on the K-pop industry, both locally and internationally. Currently, only nine members are active in group activities.

READ: K-Pop group Super Junior is back in Manila

They will be releasing their 11th full-length album, The Road: Keep on Going, this July. ELFs are in for a treat as this would be Super Junior's second comeback for the year. Recently, they released their music video for their song “Don’t Wait” last Thursday, June 30.

Super Junior debuted in 2005, making them part of the second generation of K-pop idols. They debuted with 12 members before adding the youngest member, Cho Kyu-hyun, in 2006.