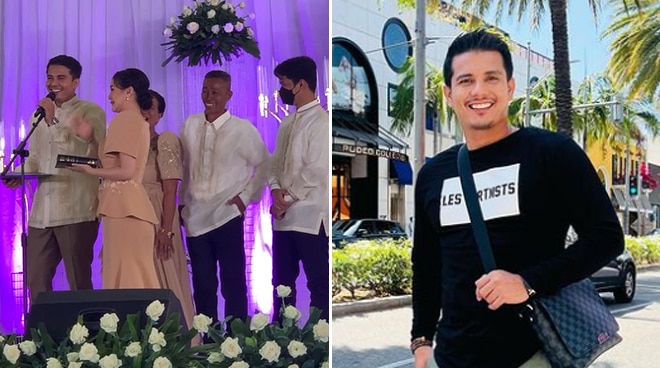 Ejay Falcon's dad Erning couldn't help but turn emotional as his son recalled his journey inside the Pinoy Big Brother house during his inaugural address as Vice Governor.


Ejay joined Pinoy Big Brother Teen Edition Plus in 2008. He was proclaimed the Big Winner.

It was the first local teen edition which housed guardians inside the house. Tatay Erning was the Guardian Big Winner for the said season.

Speaking before a huge crowd gathered before him, Ejay — who won as Vice Governor of Oriental Mindoro — recalled how he convinced his dad to enter the house with him. Ejay hails from the town of Pola.

READ: Ejay Falcon looks back at his Pinoy Big Brother days on his 10th year in showbiz

Ejay said the situation he was in at that time when he was living in the province inspired him to join the show.

In an exclusive interview with PUSH, Ejay said he won’t leave showbiz behind.