Ruffa Gutierrez’s daughters to reunite with father in Istanbul

After 15 years apart, the daughters of actress Ruffa Gutierrez will reunite with their father Yilmaz Bektas and his side of the family in Istanbul. 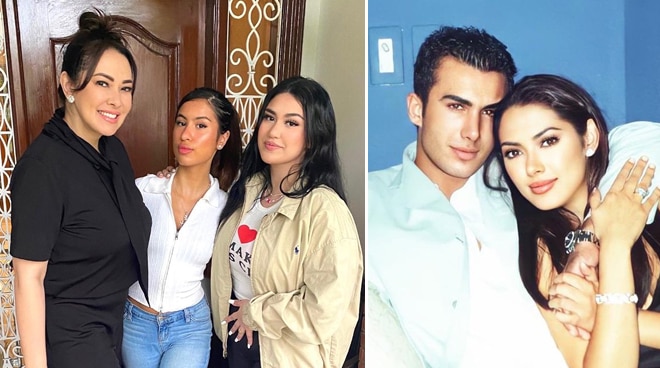 After 15 years apart, the daughters of actress Ruffa Gutierrez will reunite with their father Yilmaz Bektas and his side of the family in Istanbul.

Ruffa shared the news on Instagram Wednesday, June 8, posting a video compiling all their photos from when they used to live in Turkey.

"After 15 long years apart, a beautiful reunion will finally take place in Istanbul this weekend," she wrote in the caption, with the hashtag #TogetherAgain.

It was in February last year when Ruffa revealed that she is back on speaking terms with her ex-husband for the sake of their two daughters, Lorin and Venice.

“Nag-uusap kami ni Yilmaz ulit and nare-realize niya that time is so precious, that we’re getting old na and he wants to spend time with the kids,” she said.

At the time, she said that her daughters have been longing to see their father after being away from him for a really long time.

Meanwhile, the Bektas sisters clarified in a past interview that, contrary to what others think, they do talk to their father from time to time.

"We always call each other together," Venice said. "We do talk to our dad, like not very often but enough."

"We usually FaceTime him. There's a misconception po na we don't talk to him at all and have no contact. But we are super friendly naman with our Turkish side po. We follow everyone on Instagram, we always comment on each other's posts," Lorin added.

READ: Ruffa Gutierrez’s ex-husband Yilmaz Bektas to visit the Philippines: ‘He wants to spend time with the kids’

Four years after they got married in 2003, Ruffa announced her split from Yilmaz, and returned to Manila from Turkey with their two daughters. Their marriage was later declared null and void, on February 24, 2012.