The couple exchanged "I dos" in front of their families and friends at Club Ananda in Batangas on Wednesday, June 8.

As seen in photos shared online, the ceremony was attended by a handful of celebrities, including Gerald Anderson, Patrick Sugui, Marco Gumabao, and Ryan Bang, as Joe's best men.

Ian Veneracion also joined the celebration, as did Julia Barretto, Ria Atayde, Gabbi Garcia, Chie Filomeno, and Aeriel Garcia, who were all part of the bridal entourage. 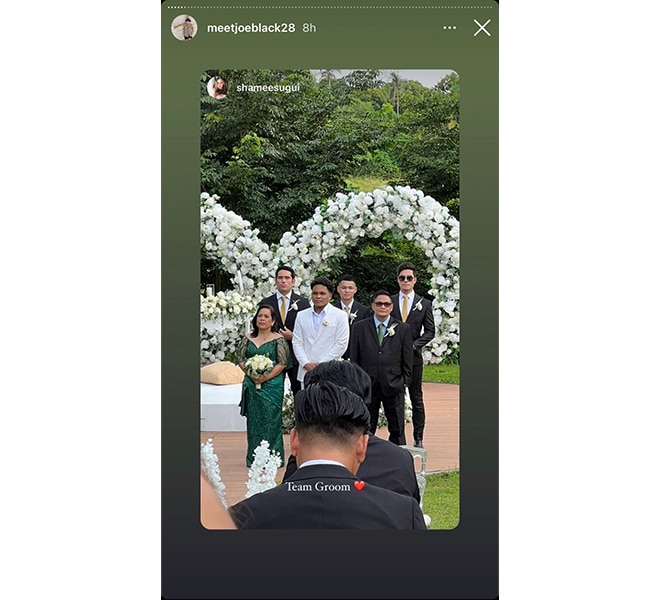 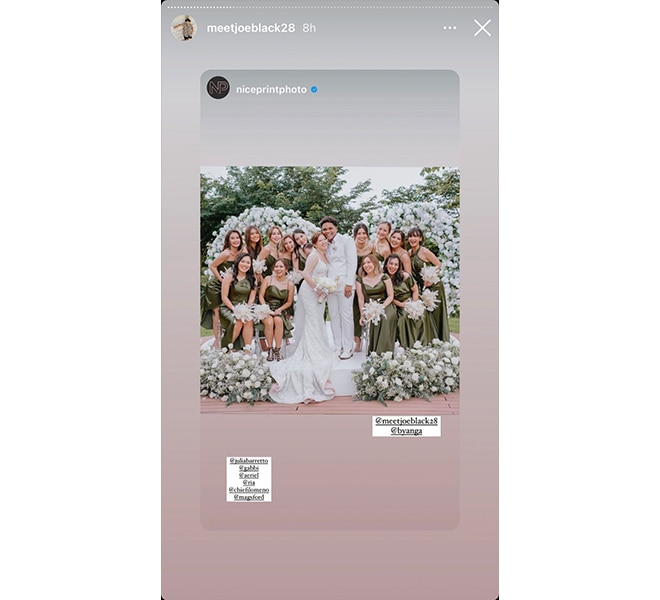 It was early this year when Joe, who rose to fame when he joined "PBB" in 2010, proposed to Bianca during their vacation in Boracay.

In their joint interview with PUSH, Joe said he already knew from the start that he wanted to spend the rest of his life with his then-girlfriend.

Bianca, meanwhile, said that Joe came into her life at just the right time.