SVP of Format Sales for BBC Studios André Renaud praised how the ‘The Broken Marriage Vow’ incorporated Filipino culture and designs into the story. 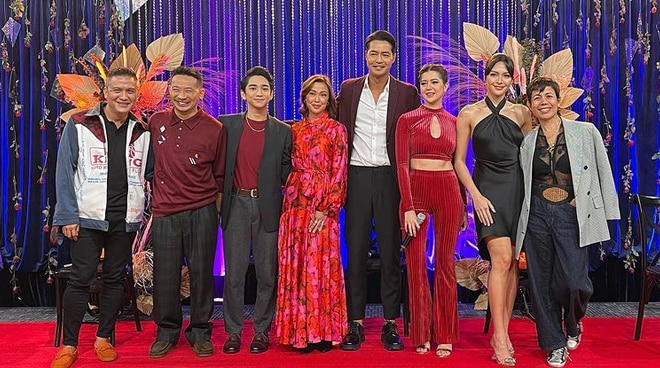 BBC has commended the success of The Broken Marriage Vow in the Philippines, which is an adaptation of the BBC series Doctor Foster.

In a statement released at the finale press conference of the show, SVP of Format Sales for BBC Studios André Renaud praised the storytelling of the Filipino adaptation of the hit BBC show.

"It’s been a pleasure to see the development of Drama Republic’s 'Doctor Foster' from Mike Bartlett’s brilliant original concept into the exciting story of 'The Broken Marriage Vow' that ABS-CBN Entertainment has brought to the Filipino audience," he remarked.

The BBC executive also commended how the series has incorporated Filipino culture and designs to the story.

"This series has shown that we can watch a story become unique all over again when given a local setting and connecting into the lives of a new audience. The Broken Marriage Vow has set out to do this from Deo Endrinal and director Connie Macatuno’s original vision and commitment to celebrating local artists, designers, and craftworkers, ensuring that Dr. Jill’s story reflects back to viewers their everyday while taking them away from it at the same time," he stated.

André also expressed his gratitude to the stars and to the ABS-CBN management team that made the show possible.

"I send my best wishes to the entire cast, effortlessly led by Jodi Sta. Maria, Zanjoe Marudo, and Sue Ramirez, the crew, the writers, producers, and the executives at ABS-CBN, Mr. Carlo Katigbak, Ms. Cory Vidanes, Lauren Dyogi, and countless others for their support on this project from the beginning," he remarked.

It was in April 2021 when ABS-CBN announced its partnership with BBC to create the local adaptation of Doctor Foster. The Philippines is the sixth country to license the show after South Korea, India, Turkey, Russia, and France.

Prior to the release of The Broken Marriage Vow, André expressed confidence and excitement about the Philippine adaptation.

“What’s inspired me from the outset in our discussions with the wonderful creative team at ABS-CBN Entertainment, is how committed they are to telling this story in a way that will excite, entertain, and inspire viewers," André said back in May 2021.

“How this doctor will connect to the community, where she lives, and her family, and her journey will be a uniquely Filipino story,” the BBC executive added.